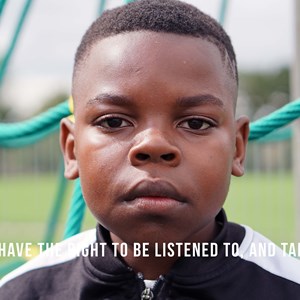 A FILM about children’s rights made by young people in Leicester is reaching a global audience after being picked up by UNICEF.

The film – called Was Not Heard - was made in Leicester with the support of youth workers at Leicester City Council, in association with local film-makers Badshoes Film. It highlights the rights of children to have their voices heard, be listened to by adults and to have their views and opinions considered and respected by decision-makers.

In doing so, the film is highlighting Article 12 of the UN’s Convention on the Rights of the Child, which states ‘I have the right to be listened to, and taken seriously’.

The film was devised by young people from Leicester, Leicestershire and Rutland and received a virtual ‘premiere’ in July. It was written by 17-year-old Yasmin Allen with narration and performances from 12 young actors aged from six to 17.

Now, the young people involved in the project have been invited to share their experiences on the UNICEF website, by writing a blog for its ‘Voices of Youth’ section.

Yasmin said: “By listening to youth voice, adults can become the bridge between our problems and support. Not listening and not acting on what you hear doesn’t just break trust, the consequences are that you leave young people in a vulnerable position. The message of this film is that it’s time to listen more carefully.”

Cllr Sarah Russell, deputy city mayor responsible for social care, said: “This powerful, thought-provoking and creative film fully deserves the global recognition it is getting. I am so proud of our local young people who came up with the idea for the film and delighted our brilliant participation team could support them to make it happen.

Blogs from local young people involved in the Was Not Heard film project will be available on the UNICEF ‘Voices of Youth’ website at www.voicesofyouth.org/

The film was funded by NHS England and the Safeguarding Partnership Boards of Leicester, Leicestershire and Rutland.