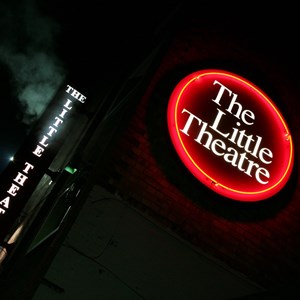 A PROJECT to extend the Leicester theatre where a young Richard Attenborough first trod the boards is being backed by Leicester City Council.

Leicester Drama Society, which owns the Little Theatre, in Dover Street, wants to transform and extend their 19th century building to include much-needed new studio, technical and rehearsal facilities as part of its Centenary Project.

The £3million scheme relies on the theatre being able to raise the funds needed so that it can expand into the site next door, which until earlier this year housed the Anchor Centre alcohol treatment hub.

Now, with the Anchor Centre successfully replaced with a new and better equipped centre – known as No. 5 – in Hill Street, the city council has formally agreed terms to transfer ownership of the site to Leicester Drama Society.

The transfer will be for a nominal sum of £1. This will be subject to the society securing planning permission and successfully securing the funding needed to build the extension. It will also be bound by covenant restricting the use of the site to theatre purpose for 25 years.

The former Anchor Centre building is in poor condition and not considered suitable for conversion to any alternative use.

Leicester City Council will now begin the process of tendering for a contractor to demolish the vacant building and clear the site. This will remove any ongoing maintenance costs and financial risk in holding the vacant building.

City Mayor Peter Soulsby said: “The Little Theatre has played an important part in the cultural life of our city for almost 100 years. It’s a much-loved venue with a long history, and has very exciting plans to expand and improve its facilities to meet modern demands.

“We’re pleased to be able to offer our support to the theatre’s ambitious plans by transferring ownership of the site immediately next door.

“The expansion of The Little Theatre would be of immense benefit to the city and the many people and communities who use it, and would make fantastic use of the vacant Anchor Centre site.”

It comfortably met its initial milestone to raise the £18,000 needed to cover the costs of planning, site surveys and engineering reports.

A huge number of Little Theatre audience members, supporters and friends of the theatre have pledged their backing, and finances, to the scheme. The appeal was supported by CrowdFund Leicester.

The proposed extension would include a five-storey building containing a new ground-floor studio theatre, a new show wardrobe and a costume hire facility, along with additional rehearsal space.

Subject to planning consent and funding, construction could get under way by late 2020 with the building in use by summer 2022.

“This opportunity is even more exciting as it coincides with our centenary in 2022. Having this wonderful new facility would be a great way to start our next 100 years!

“We are grateful to the City Mayor and Leicester City Council for giving us this opportunity. A great many people from Leicester will benefit as a result.”