Over £1m investment in road repairs planned for summer holidays 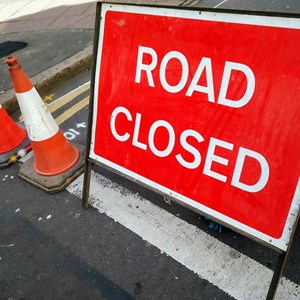 OVER a million pounds is being invested in road repairs across Leicester this summer.

Works ranging from small repairs and surface dressing to more major resurfacing works are planned for residential roads across Leicester during the school summer holidays.

The investment is being made on improving roads in communities across the city with the majority of work taking place during July and August, when traffic is lighter.

Smaller resurfacing works are also scheduled in Ratcliffe Road, Uppingham Road (between Coleman Road and Humberstone Drive), Freemens Common, Aylestone Road and at various locations on the A6 London Road during the school holidays.

Meanwhile, a series of one-day surface dressing works are due to take place in a further 21 streets across the city, starting between July 15 and 20.

Information will be made available to residents living in the streets where work is taking place, along with details of any lane closures, diversions or special arrangements for accessing or exiting.

The work follows a number of small-scale surface repairs already carried out in June and into early July, as well as resurfacing work due to take place at a number of traffic camera sites over the coming weeks.

Leicester City Mayor Peter Soulsby said: “This major investment is to help ensure that roads across the city are in good condition.

“In some cases that just involves surface dressing or small repairs, but in other cases roads need more thorough resurfacing.

“We’ve chosen to carry out this work in the summer holidays, when fewer people are at work and traffic is lighter, and local traffic and travel arrangements will be signposted.

“The works will help ensure that the city’s road surfaces are in as good a condition as possible before we head towards autumn and winter.”