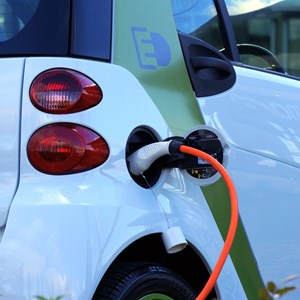 GREEN drivers in Leicester are being asked to take part in a survey to identify potential trial spots for lamppost chargers for electric cars.

Leicester City Council has launched the survey to gauge the demand for on-street charging points on residential streets. It’s aimed at people who already own an electric or plug-in hybrid vehicle, as well as those who are considering the option of an electric car.

Responses from the survey will help determine which streets will feature in the trial.

The council will also be inviting companies to tender for the contract to run the trial scheme, which it is hoped will begin this autumn.

The new on-street charging points would be installed in existing lampposts which since being adapted to run low energy LED lights have the required capacity.

It is likely that more than one charging point will be installed in streets where there is an identified need. Heavily parked roads may also have restricted parking for plugged in electric cars or hybrids only. They will not, however, be treated as private designated parking spaces.

Deputy City Mayor Cllr Adam Clarke, who leads on environment and sustainability, said: “The number of people choosing to drive electric cars is growing and that is something we actively want to support.

“Many people don’t have off-street parking at home, or charging points at work, and this could understandably put them off making the switch to an electric vehicle.

“This survey will help us identify the best locations to test on-street charging points that could run from lampposts in residential areas. We hope to have those locations, and a delivery partner, in place ready to go with this exciting trial later this year.

“Encouraging uptake of electric vehicles is a key action in our air quality action plan and exploring the use of on-street chargers is one way we can help do that.”

To take part in the survey visit www.leicester.gov.uk/electricvehicles

It is estimated that there are around 270 Leicester residents who currently own an electric car.

There are about 150 public charging points already available at car parks across the city.