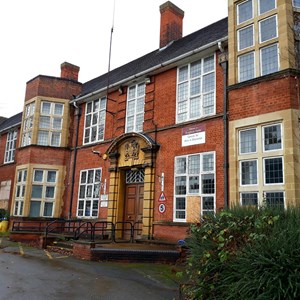 A DISUSED arts and community centre is set to be refurbished to create more specialist school places for some of the city’s most vulnerable pupils.

Almost £3.6million has been earmarked to refurbish and overhaul the empty building. This will provide an additional 60 specialist places for children and young people with special educational needs and disabilities (SEND).

The building will require extensive internal remodelling to suit the needs of the school. This will include the construction of a new lift shaft large enough to accommodate a new eight-person lift. General repairs, refurbishment and redecorating will also be carried out.

It is estimated that an equivalent new-build special school would cost in the region of £8.2milllion.

The proposed expansion will be a vital second phase of work to meet the growing demand for specialist school places in the city.

The council has recently invested over £2million to create 58 new places by increasing capacity at six specialist schools in the city. These places will be available from January 2019.

Deputy City Mayor Cllr Sarah Russell, who leads on children and young people’s services, said: “This is the second phase of major council investment in schools for some of the city’s most vulnerable children.

“The growing demand for specialist pupil places in Leicester reflects the national picture. We are determined to make sure that our special schools can continue to offer their invaluable services to children who need this expert support and deserve to be able to go to schools that are close to home.

“It is hugely encouraging that we have already managed to create almost 60 new places this year. These latest plans will be another important step forward.”

By creating 60 more local specialist pupil places, the city council could save up to £2million per year in revenue costs of educating children and young people in special schools outside of the city.

If the Millgate School expansion goes forward, it is projected that up to 110 additional specialist pupil places will still be needed in Leicester by the year 2025. Plans are being developed to address this.

A formal decision on the proposal to invest in the refurbishment and remodelling of the former Knighton Fields Centre is expected to be made on Thursday 6 December.