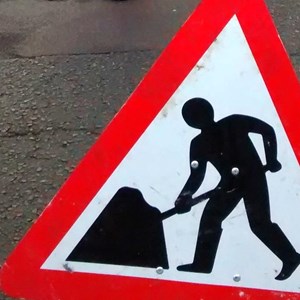 THE second stage of major resurfacing work at Leicester’s Pork Pie Island is set to take place this weekend.

Leicester City Council is carrying out repairs to the carriageway at Pork Pie Island, where the city’s outer ring road meets Saffron Lane and other key city routes, and where the road surface is in very poor condition.

The roundabout is one of the busiest sections of road in the city, with more than 30,000 vehicles using it each day.

The latest phase of work, concentrating on the southern side of the roundabout, will be carried out on Saturday, November 17, and Sunday, November 18.

A contraflow will allow traffic to continue to use the ring road and roundabout, but entry and exit to the routes on the southern side, including Stonesby Avenue and the southerly section of Saffron Lane, will not be possible.

Traffic wanting to access routes to the south of Pork Pie roundabout will be able to do so via Welford Road, Wigston and South Wigston.

All local diversions will be clearly signposted.

The first phase of resurfacing work, focusing on the northern side of the roundabout, took place on October 20 and 21.

The work, which is costing £170,000, has been phased over two different weekends to avoid clashes with major rugby and football fixtures.

City Highways director at Leicester City Council, Martin Fletcher, said: “The first stage of work has been done and the new surface is a vast improvement on what was there before.

“In this second stage we will remove and replace the damaged and worn road surface on the southern side of the roundabout, before repainting the road markings.

“Pork Pie Island is a very busy part of the city’s road network, and the impact of tens of thousands of vehicles using it every day means these repairs are needed to return the surface to a good condition ahead of the winter.

“The contraflow means traffic can continue to use the route in both directions, although access to some roads will be affected, so drivers who can use an alternative route should do so while the works are underway.”