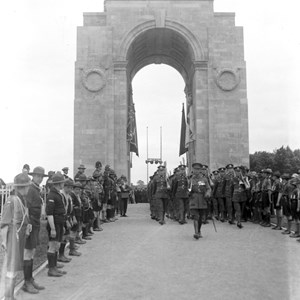 THE FINAL exhibition in the Leicester Remembers series opens to the public this weekend, as the city prepares to mark the centenary of the end of the First World War.

From the Trenches to the Twenties looks at the final year of the war, the aftermath of more than four years of horrific conflict, and the Spanish flu epidemic that continued to kill millions around the world after the war had ended.

Focusing on the impact of the war on those who fought in it and those who remained at home, the free exhibition opens at Leicester’s Newarke Houses Museum on Saturday (29 September) and continues until 24 February next year.

As well as charting the Leicestershire Regiment’s role in major campaigns, including the German Spring Offensive and the breaking of the Hindenburg Line, the exhibition also covers the 1918 elections and the government’s pledge to ‘honour the national debt to our fighting men’ by providing employment, good working conditions and homes ‘fit for heroes’.

A range of talks and events will support the exhibition, including an opportunity – on Saturday – to meet some World War I re-enactors who will bring a range of war-time stories to life.

The re-enactors will include a crewman from 1918, who will talk about his experiences, and a soldier on a rare spell of leave who will explain how his equipment has changed over the four years of fighting. A suffragette will talk about her work in the munitions factory to support the war effort, and a politician will set out how he plans to persuade women to use their recently-gained vote to get him elected.

Visitors on Saturday (29 September) will also be able to discover what soldiers had in their rations, inspect a soldier’s kit, and handle a range of replica artefacts from the First World War.

At 2pm on Sunday (30 September), the city council’s curator of history Philip French will give a free talk that looks at the aftermath of the war and the economic and social challenges of the 1920s. Although the talk is free of charge, anyone wishing to attend is asked to reserve their place by calling the museum on 0116 225 4980.

From the Trenches to the Twenties is the final exhibition in the Leicester Remembers project. The first, in August 2014, looked at the first two years of World War I, while the second exhibition in July 2016 was timed to mark the centenary of the Battle of the Somme.

Deputy city mayor Cllr Piara Singh Clair said: “Since 2014, the Leicester Remembers project has been helping people to understand the impact that the First World War had on those who fought in it – and how it affected those who remained at home.

“Leicester’s museums’ service has taken the project out to schools, libraries and community centres, helping to make this important period of our history more accessible to younger audiences.

“This final exhibition of the trilogy will look at the last year of the war, giving us all an opportunity to reflect on the horrors of war and – in this centenary year – to remember those who sacrificed so much.”

The city council is grateful for the support of the Royal Tigers' Association, the Record Office for Leicester, Leicestershire & Rutland, local community groups, and the staff and volunteers who have all played their part in the Leicester Remembers project.

From the Trenches to the Twenties is the first of many events taking place in the city this autumn to mark the centenary of the signing of the Armistice and the end of the First World War in 1918.

The focus for the city’s commemorations will be the Remembrance Day service at Leicester’s Arch of Remembrance in Victoria Park on Sunday 11 November.

Photo caption: The exhibition will include this photograph of the official unveiling of Leicester's permanent war memorial – the Arch of Remembrance on Victoria Park – on 4 July 1925. The memorial was designed by Sir Edwin Lutyens, who also designed the Cenotaph in London.