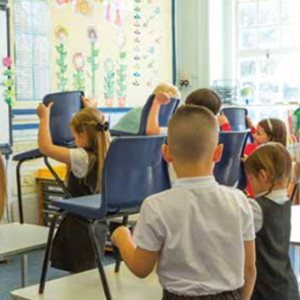 MORE than 4,000 people have given their views in a consultation asking whether school term dates should be aligned between the city and county.

Leicester City Council’s consultation, which ran from June until September this year, received a record number of responses. The results mean that term-times and holidays for the 2019/20 academic year will be the same in both Leicester city and Leicestershire.

Eighty per cent of respondents said they wanted to see term dates aligned between the two neighbouring authorities, after the city and county allocated different weeks for the October 2018 half-term.

This year, county schools will be on holiday from 15-19 October, while city schools have their half-term break from 22-26 October.

Cllr Sarah Russell, deputy city mayor for children, young people and schools, said: “Although the city’s half-term dates for October this year were decided upon after consultation with parents, teachers and schools, they were set before our neighbours in the county issued their term dates.

“The thinking was to make sure that pupils and teachers didn’t have to have a very long, nine-week half-term in the run-up to Christmas.

“We recognise that having two different half-term weeks causes difficulties for parents who have children in both city and county schools. That’s why we’ve listened to feedback from our consultation over the 2019/20 dates and we’ll be working closely with the county to make sure they align. Hopefully, this will reassure parents and allow them to plan ahead.”

Cllr Russell added: “It’s worth remembering, though, that academies are able to set their own term dates and don’t necessarily have to follow the patterns set by any local authority. It’s important that you check with your school.”

To view current and future term dates in the city, visit www.leicester.gov.uk/schools