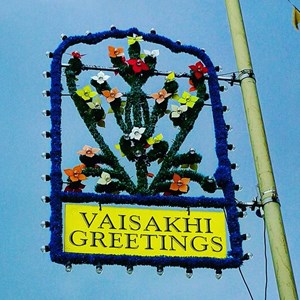 DRIVERS coming into Leicester this weekend are being warned of possible traffic disruption due to a series of events taking place.

On Sunday, April 28, the city centre will host a St George’s Day parade by local Scouts, the annual Vaisakhi parade attended by thousands from the city’s Sikh community, the Leicester 10k run, the Leicester regatta along the River Soar, the Open Streets festival in Greyfriars, and a Premiership football match between Leicester City and Arsenal.

Leicester City Council is liaising with police on traffic management for the day, to ensure the city’s road network remains open and able to cope with the impact of each event.

The first event to take place – the Leicester 10k run – will take place in Abbey Park, meaning Abbey Park Road will be closed to traffic westbound (towards Abbey Lane) between 8am and 11.20am.

Meanwhile, on the Mile Straight of the River Soar, the Leicester Regatta will get underway from about 8.30am. Some parking restrictions will be in place on Eastern Boulevard, and extra traffic is expected in the area around Upperton Road and the Swann Roundabout.

From about 11.45am the Vaiskakhi parade will get underway in the city centre. It regularly involves up to 10,000 participants and thousands of spectators, and will begin making its way across the city from about 11.45am.

It means St Nicholas Circle, on the city’s inner ring road, will be closed to traffic for about one hour from about 11.45am, and St George’s Way closed from about 1-2pm.

Elsewhere in the city, the Open Streets event from 1pm to 4pm will see the Greyfriars and Leicester Market areas come alive with heritage tours, celebrations of Leicester’s history, as well as activities, street food, a free bike-fixing service and free rickshaw rides.

Finally, local Scouts will be embarking on their annual St George’s Day Scout parade in the area around the Old Town and River Soar from about 3pm.

Director of City Highways at Leicester City Council, Martin Fletcher, said: “This weekend there are a large number of events all taking place on the same day, and we’re liaising with the police to ensure they can all go ahead safely, while also ensuring the impact on the city’s road network is kept to a minimum.

“Some of these events such as Vaisakhi and the Scouts’ parade, take place every year so we have experience of managing the impact caused to other road users. The additional traffic coming into the city for the football match and the other events means people will need to allow extra time, and think about how they will travel into the city.

“It may be better to use public transport, or to cycle or walk into the city during this busy time, or to plan visits to avoid the worst of any traffic disruption and delays.”

More information and travel options are available at: http://www.choosehowyoumove.co.uk/