Get ready to turn wildlife detective for the City Nature Challenge 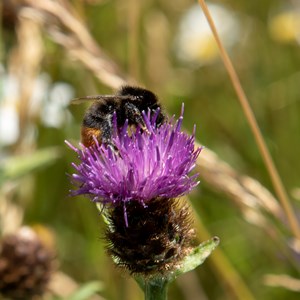 LEICESTER’S annual wildlife survey returns for its tenth year this month, and it’s set to be bigger than ever.

This year, the city’s annual Bioblitz event will be part of the global City Nature Challenge. This four-day event will see over 150 cities across the world competing to see which one can record the most urban wildlife.

The event takes place from Friday 26 to Monday 29 April and wildlife lovers and budding nature detectives can join a range of activities taking place across Leicester.

People can drop into the nature challenge base camps which will be on a different park for each of the four days of the event. There will be a chance to meet wildlife experts, borrow nets and other equipment to help on your nature hunt and find out how to use the NatureSpot website and the iNaturalist app to record and share their wildlife sightings.

Base camps and other organised activities will be taking place as follows:

All events are free of charge, but places for the Evington Park mini-BioBlitz should be pre-booked online at bit.ly/2V0yUx9

Alongside the organised events, people are invited to join in the City Nature Challenge by photographing, recording and identifying wildlife they spot anywhere in the city using the NatureSpot website or the iNaturalist app.

More information can be found at www.naturespot.org.uk/citynaturechallenge and the app can be downloaded from www.inaturalist.org

Leicester’s City Nature Challenge has been organised by the city council, Leicestershire & Rutland Wildlife Trust, The University of Leicester, The Conservation Volunteers and NatureSpot, the wildlife recording site for Leicestershire and Rutland.

Dr Helen O’Brien, senior nature conservation officer at Leicester City Council, said: “Leicester has hosted a BioBlitz event every year since 2010. Over 1,500 people have taken part and that has resulted in an impressive 8,000 species being recorded over the years.

“This data plays an important role in the planning for wildlife and management of the city’s biodiversity.

“This year will be the first time that our annual wildlife count has gone citywide and we are looking for our volunteer nature detectives to help us record as many species in as many places as possible. We’re very excited and can’t wait for the challenge to begin.”

Simon Bentley, director of Leicestershire & Rutland Wildlife Trust, said: “Leicester is home to a wide range of wonderful wildlife which can be discovered across its varied network of parks, gardens and watercourses.

“The City Nature Challenge is the perfect way to get out there and enjoy the wildlife that inhabits the city and help us to better understand the range of species that are now calling Leicester home.”

David Nicholls, director of NatureSpot, added: “Leicester has long been a pioneer and leader of urban wildlife conservation, so it is great to be part of this global initiative to involve local people in observing and appreciating the amazing wildlife living around us in the city.

“NatureSpot is delighted to be involved in supporting our City Nature Challenge.”

Leicester is one of seven UK cities taking part and will be competing with rivals Bristol & Bath, Glasgow, Liverpool, London, Manchester and Newcastle to see which can record the most urban wildlife over the four-days of the challenge.

The findings of the seven cities will then join forces to compete on a global scale with over 150 other participating cities from countries including America, Brazil, Germany, South African New Zealand.

To find out more visit www.naturespot.or.uk/citynaturechallenge