Heroes of early years' dental care to be recognised 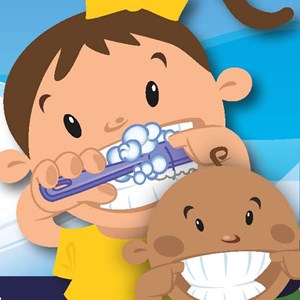 THE HEALTH professionals, teachers, nursery staff, children’s centre workers and volunteers who have helped reduce levels of dental decay in five-year-olds in Leicester are to be recognised in a new awards scheme.

Leicester City Council wants to acknowledge the individuals and organisations that have helped make its oral health improvement programme, Healthy Teeth, Happy Smiles, such a success over the past five years.

Since 2014, when the programme was introduced, the proportion of five-year-olds showing no signs of dental decay has increased by more than 10% – and that’s thanks to the commitment of the council’s partners around the city.

Now the council wants to recognise these heroes of oral health by asking people to nominate those who have done most to help improve the health of children’s teeth in the city.

Director of public health Ivan Browne said: “Reducing tooth decay in five-year-olds is a key priority for the city, but we couldn’t have made the progress we have made over the last five years without the support and commitment of our partners across the health and care sectors.

“Our new Smile Awards will recognise those individuals and organisations, so I am very grateful to our sponsors for supporting these awards and acknowledging the importance of good oral health.”

Leicester’s Smile Awards will be made in five categories:

Nominations are now open and can be made online at www.leicester.gov.uk/smileawards. Deadline for nominations is 7pm on Monday 22 April.

A shortlist of nominees will be put to a public vote during May, before the awards are made at a special Smile Awards ceremony on 5 June.

Leicester’s Smile Awards will be delivered in partnership with Health Education England.

Since the Healthy Teeth Happy Smiles programme was introduced in 2014, supervised toothbrushing has become standard practice in many nurseries and primary schools in Leicester. Today, more than 8,000 under-fives brush their teeth at their nursery or primary school every day.

The Healthy Teeth Happy Smiles programme received a health & wellbeing award from the Royal Society of Public Health in 2015.