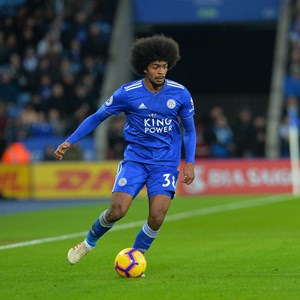 Activities will include Caribbean cooking, UV table tennis (where the tables are lit with ultraviolet lights), anti-knife crime workshops, zorbing and an outdoor climbing tower.

The event will culminate in an awards ceremony, recognising young people’s achievements through youth provision, and a special award - dedicated to the life of city teenager Kai Podgers - will be launched, following his untimely death in 2018.

Jaye-Leigh, age 15, has been attending youth sessions for the last two years and has recently been referred for targeted youth support. She also took part in a ‘Youth Power’ residential weekend.

Jaye-Leigh has previously been involved in anti-social behaviour on her local estate.  She said: “If it wasn’t for my local youth centre, I would be in a lot more trouble.”

Samantha Merry from the city council’s youth service said: “We’ve developed a strong relationship with Leicester City Football Club and we’re delighted to be working with them on this project, with support from students and staff on De Montfort University’s Youth and Community Award.

“The skills and experience the football club can bring will complement the skills of our specialist youth workers, benefitting young people from across the city. We very much value their contribution.”