Artists team up to transform underpass 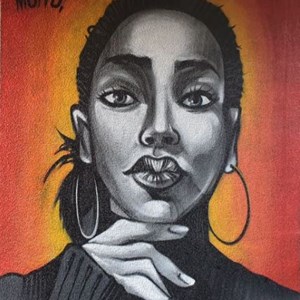 A NETWORK of pedestrian subways under Leicester’s inner ring road is being transformed with a series of colourful artworks, thanks to a partnership between the city council and local arts company Graffwerk.

The three tunnels, ramps and staircases that link Church Gate with St Margaret’s Way have been blighted with tagging and offensive graffiti over the years, which has cost the council thousands of pounds to remove.

But now the grim and grimy walls have been brightened up with more than 20 new artworks by both local and international artists - and there’s much more to come.

Over the next few months, the walls will become a rolling canvas, with new works appearing all the time – helping to create a vibrant and colourful route for pedestrians and cyclists.

City Mayor Peter Soulsby said: “We’ve worked with Graffwerk on a number of projects over the years, with events like Bring the Paint helping to create stunning artworks in the city centre.

“This latest project shows how street art can transform an eyesore into a much more appealing environment, giving St Margaret’s underpass a much-needed new look.”

A grant of £1,450 from the city council’s cultural ambition fund is supporting the underpass project, with established artists including MONO, WWF Crew and ZINER creating works to help launch the initiative.

Graffwerk will monitor and manage the site, taking responsibility for the artworks and identifying an area where novice painters can improve their skills alongside more experienced artists.

Izzy Hoskins, co-director at Graffwerk, said: “By including a beginners’ area on site, we can provide a learning zone where accomplished artists can act as mentors for younger artists.

“We’ll be holding workshops on site during the course of the project and making sure that this community zone really is a space for artists of all levels.”

Anthony Overend, co-director at Graffwerk, said: “By designating the subways as legal spray walls, the city council has created one of the largest undercover legal sites in the country – and that’s forward thinking.”

More information about the St Margaret’s underpass community zone is available from Graffwerk at www.graffwerk.org