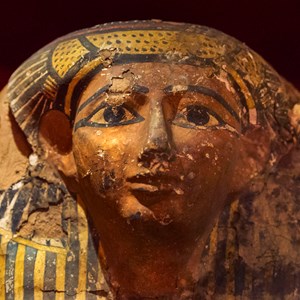 LEICESTER’S flagship museum was the second most visited free attraction in the East Midlands last year, according to a survey carried out by Visit England.

Thanks to a blockbuster exhibition, lots of popular events, new investment and some museum-friendly weather, visitor numbers to the museum were up by more than 27% last year - rising from 182,361 in 2017.

Leicester City Council, which runs the museum, boosted visitor numbers by hosting a record-breaking exhibition in July 2018 ­- the Star Wars-inspired May The Toys Be With You.

Attracting more than 75,000 visitors in its three-month run, May The Toys Be With You was one of New Walk Museum’s most successful ever exhibitions.

The museum also hosted events marking the centenary of women’s suffrage, with visitors flocking to see the Alice Hawkins and Votes for Women exhibition, while the opening of two brand new galleries dedicated to life and death in Ancient Egypt – funded by the Wolfson Foundation - have also proved popular with families and schools.

Visitor numbers were also boosted by major events, such as the Leicester International Music Festival, while hundreds of people attended weddings at the museum ­– with even more people expected to tie the knot there, now that the iconic dinosaur gallery has been licensed as a wedding venue.

The council has also invested in New Walk Museum, revamping the entrance area with a stunning feature staircase and installing a lift and new Changing Places toilet facilities to make the museum more accessible to more people.

“May the Toys be with You was a very special exhibition that appealed across the generations, giving us some sensational visitor numbers last year.

“This year, Mods: Shaping a Generation did very well, and our current exhibition, The Wonderful World of the Ladybird Book Artists, is proving popular with visitors. We’ve also introduced a new series of Movies at the Museum, with our Greatest Showman singalong last Saturday attracting an audience of 90.

“It’s obviously very pleasing that New Walk Museum was the second most visited free attraction in the whole of the East Midlands last year and we will keep striving to find new ways to attract, entertain and educate new audiences, while keeping our regular visitors coming back time and time again.”

Three other city council-run museums made it into the top 20, with Leicester’s Guildhall (8th), Abbey Pumping Station (12th) and Newarke Houses Museum (13th) all amongst the region’s most visited free attractions.

Leicester Cathedral was the only place of worship to feature in the top 20, with its 135,678 visitors making it the fourth most visited free attraction in the East Midlands last year.

Wollaton Hall & Park was the most visited free attraction in the East Midlands, with 318,387 visitors in 2018.

The survey also shows that Tate Modern in London was the most visited free attraction in the country last year, with nearly six million (5,868,562) visitors in 2018.

More information about the annual survey is available at www.visitbritain.org