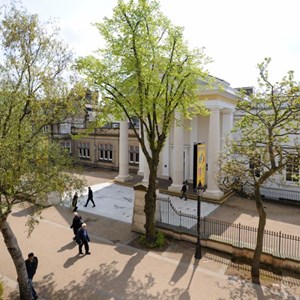 FANS of the The Greatest Showman will be able to sing along with all the film’s hit songs at a special screening of the smash hit musical at Leicester’s New Walk Museum this weekend.

The feelgood film will be shown in the museum’s Victorian Art Gallery at 9.30am on Saturday (17 August) – and to encourage people to get into the spirit of the event, there’ll be a free helping of popcorn for anyone who turns up in Showman-inspired costume.

Bekki Gooding, operations officer at New Walk Museum, said: “We want people to come along and have a fantastic time, belting out the film’s great songs with their friends and families.

“The lyrics to all the songs – including favourites like This is Me and A Million Dreams – will be on the screen, so there’s no excuse for not joining in the singalong.

“Anyone who dresses up as their favourite character from the film for the singalong will be rewarded with a free portion of popcorn, so we’re looking forward to seeing some great costumes in the audience.”

Deputy city mayor Cllr Piara Singh Clair said: “Watching an early morning screening of a blockbuster movie at New Walk Museum could be the start of a great family day out.

“After you’ve enjoyed the film, there’s a whole museum to explore – including our fabulous summer exhibition dedicated to the wonderful world of Ladybird books.”

Tickets for The Greatest Showman are £5 for adults and £2.50 for children. Doors open at 9am on Saturday.

The Greatest Showman is part of a series of Saturday morning film screenings at New Walk Museum.

Film fans can also pick up tickets for September’s Movie at the Museum, which will be a selection of silent short films and cartoons – shown as part of this year’s British Silent Film Festival. A live pianist will accompany the family-friendly silent movies at 9.30am on Saturday 14 September.