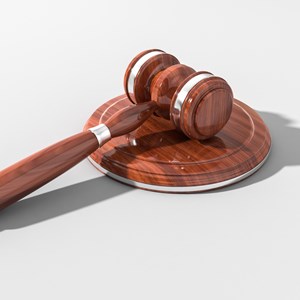 A MAN who illegally sold vehicle service stamps online for use in falsifying vehicle documents has been jailed for 12 months after an investigation by Leicester City Council.

Investigators believe Walker had the items made for him by a third party and then sold them on to unscrupulous secondhand car dealers across the UK, who wanted falsify the service history of vehicles they were selling. Vehicles with a full service history record can command higher prices on the secondhand market than those without the complete paperwork.

The court had heard how Walker had sold the items online under two separate accounts – retro Jamie, and matilda-rose17 – over a period of two years.

The city council investigated in 2017 after complaints from dealers and brands concerned about fraudulent use of their names and logos, including Ford brand protection, and Pendragon plc, which owns the Stratstone and Evans Halshaw dealership brands.

Walker, aged 46, was sentenced to 12 months imprisonment by Leicester Crown Court on Thursday, August 15, after pleading guilty at a previous hearing to three counts of fraudulent trading under the Fraud Act 2006, along with eight counts of infringing the Trade Marks Act 1994.

Trading standards officers said that each stamp sold by Walker would have been used by unscrupulous traders to stamp vehicle paperwork on multiple occasions, affecting potentially hundreds of vehicles. The true financial detriment to unsuspecting customers could run into millions of pounds.

The court was also told that Walker had supplemented his income as a taxi driver, but failed to declare his true income to HMRC. Financial investigations suggested Walker had no assets to recover under the Proceeds of Crime Act, having spent his income on a lavish lifestyle involving frequent holidays abroad.

Leicester deputy city mayor responsible for regulatory services, Cllr Piara Singh Clair, said: “Fraudulent activity such as this puts would-be buyers at risk, and falsely makes them believe that the vehicle they are buying has a full service record, when in fact the opposite is the case.

“The work of Trading Standards in this instance has undoubtedly prevented potentially hundreds more consumers being duped.”

Leicester City Council’s head of business regulation, Nicola Preston, added: “This case took a significant amount of time to investigate and I am pleased to see the sentencing at court.

“Cases like these make it difficult to assess the true extent of the amount of people affected by Walker and his actions. Many people will be unaware that this type of fraud takes place so taking action is important to protect consumers both locally and nationally.”

Anyone needing advice when buying a used car should call Citizens Advice Consumer Helpline on 03454 04 05 06.