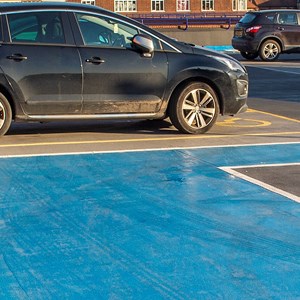 A CITY centre car park that would normally be closed on bank holidays will open on Boxing Day (Thursday 26 December) to help football fans get to Leicester City’s sell-out match against Liverpool.

Newarke Street car park – which has 450 spaces – will be open from 5pm until midnight on Boxing Day.

With the game kicking off at 8pm, fans will have plenty of time to return to their cars after the match.

City Highways Director Martin Fletcher said: “It’s going to be very difficult for football fans to use public transport to get to and from the King Power stadium on Boxing Day night, so it’s clear that more people will have to travel by car to get to the match.

“We would encourage fans to walk, where possible, and to consider car-sharing with fellow football fans to help reduce the number of cars on the roads.

“But by opening up Newarke Street car park, and staffing it on Boxing Day, we hope we’ll help make the trip to the ground a bit easier for Foxes’ fans.”

Access to Newarke Street car park is via Upper Brown Street and parking on Boxing Day will cost a flat rate of £1.

Leicester’s Haymarket car park – which is always open all day every day - will be open as normal, and the city council’s pay & display car parks, such as the one at Dover Street, will also be open. Parking will cost £2 at these sites on Boxing Day.

Fans are also reminded that parking in on-street bays within the inner ring road is free of charge after 6pm – but anyone parking on-street is advised to check any restrictions that may be in force.

Fans who park in the bus lanes on Saffron Lane and Aylestone Road, for example, should check the on-street signage carefully, as they could face a fine if they contravene restrictions. Parking in the Saffron Lane (outbound) bus lane, for example, is not permitted before 6pm.