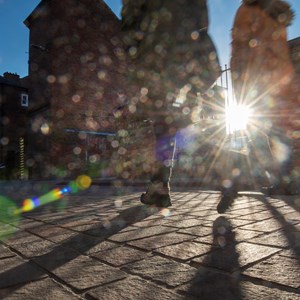 PEOPLE in Leicester are being invited to take part in the city’s first climate assembly and help shape the local response to the climate emergency.

In February 2019, Leicester City Council declared a climate emergency, recognising that the city needs to work towards becoming ‘carbon neutral’ as rapidly as possible.

The council is now developing an action plan to address the climate emergency and has launched a major 12-week programme of consultation activities to let people have their say on how the city should respond.

As part of this, people are being invited to be part of the first Leicester Climate Assembly.

The assembly is due to take place on Saturday 18 January at City Hall, 115 Charles Street, from 10am until 4pm.

People can apply to be part of the assembly by completing a simple online form at consulations.leicester.gov.uk

No previous knowledge of climate change is required, and applicants will be selected to provide a good cross section of people in Leicester.

Members of the assembly will be asked to comment on the city council’s ambitious vision for how Leicester will need to respond to the climate emergency and become carbon neutral.

Workshops will be run by Leicester City Council with support from independent grassroots democracy experts Talkshop and the RSA (Royal Society for the encouragement of Arts, Manufactures and Commerce).

The council will meet the childcare costs, travel expense and offer a £20 gift voucher to anyone taking part in the Leicester Climate Assembly’s first meeting.

A young people’s climate assembly – which is already fully booked – is also due to take place at City Hall on Monday 27 January.

Deputy City Mayor Cllr Adam Clarke, who leads on environment and transport, said: “Responding to the climate emergency will mean making big changes to the way we live and work. It affects us all and that’s why getting input from the public on the city’s Climate Emergency Action Plan is essential.

“Alongside our online surveys, the new climate assemblies will give people a chance to play a really key role in Leicester’s climate emergency conversation, helping to influence and design our city’s action plan.”

The deadline for applications to be part of the Leicester Climate Assembly is Tuesday 31 December.

The consultation on Leicester’s response to the climate emergency runs until 9 February 2020. To take part, visit consulations.leicester.gov.uk

A new online discussion forum on the climate emergency is also due to launch from Monday 16 December.