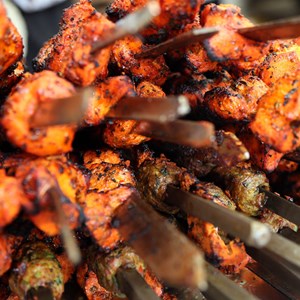 THE number of food outlets in Leicester given the highest possible quality rating has nearly doubled in the last five years.

Leicester City Council’s Food Safety Team regularly inspects around 3,000 food establishments including cafes, bars, restaurants, pubs, hotels, supermarkets and takeaways across the city, giving them star ratings out of five according to how well they meet hygiene standards.

The rise has been attributed to closer working between the council’s Food Safety Team and the businesses themselves, offering advice and support to new businesses from the outset to point them in the right direction.

The team has also better resourced and is able to carry out timely enforcement of establishments which aren’t up to scratch.

The ability for businesses to display star ratings has also acted as an incentive to many to get the best possible rating in order to attract and reassure customers.

Leicester deputy city mayor responsible for regulatory services, Cllr Piara Singh Clair, said: “These figures reflect the hard work of the Food Safety Team in ensuring that businesses such as restaurants, cafes and takeaways across the city are meeting the hygiene standards that customers rightly expect.

“The fact that so many more are reaching the highest standard of five stars shows that businesses are on the whole keen to engage with us, and want to be regarded as high-quality places in which to eat and drink.

“Improving quality has the effect of raising standards of food outlets across the city, which benefits all consumers.

“The Food Safety Team is also committed to working with businesses at the other end of the scale, to ensure action is taken where improvements are needed.”

Due to the natural turnover of businesses opening and closing throughout the year, the Food Safety Team is also reminding new businesses of the need to register with the council or notify them of any changes.

To date in 2019, the Food Safety Team has carried out 1093 inspections, made 861 follow-up visits to businesses and awarded five-star ratings to 799 places.

Across the city there are currently 1,558 five-star rated premises, 439 four-star rated establishments, 427 three-star places, 117 which are rated as two-star and 85 which received a one-star rating.

A rating of three or above means standards are at least broadly compliant, with no major concern.

But at the opposite end of the scale, a zero-star rating means an establishment needs to make urgent improvements. The Food Safety Team also has the power to issue emergency prohibition notices to shut down establishments which present an immediate risk to the public.

The ratings are based on issues such as handling, storage and preparation of food, cleanliness of facilities and how well food safety issues are managed.

For more information, or to check the star rating of a food outlet, visit: https://ratings.food.gov.uk/