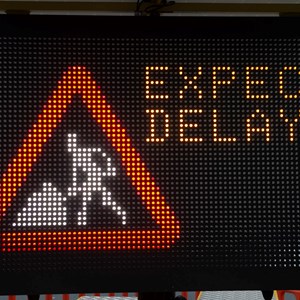 A BUSY city junction at the heart of a major road improvement scheme will be closed to outbound traffic overnight over the coming weeks.

The closure will be in operation from 7pm to 6am on each of the days. It means there will be no access to Ravensbridge Drive from St Margaret’s Way during those hours.

Abbey Gate will also be closed to traffic at its junction with Ravensbridge Drive at the same time. Local diversions will be in place, with traffic instead using the junction of Blackbird Road and St Margaret’s Way.

There will also be some day-time lane closures on St Margaret’s Way while work takes place on the pedestrian crossing.

On the final weekend of work, there will be a full closure of the junction in both directions, from Friday, March 8, to Monday, March 11, for the road to be resurfaced.

Leicester City Council is working with contractors Tarmac Trading Ltd to keep disruption to a minimum and enable as much of the site as possible to be open to traffic.

City Highways director at Leicester City Council, Martin Fletcher, said: “These works have been phased to ensure that as much of the route as possible can remain open to traffic.

“However, it is now at the stage of kerbing work and resurfacing the carriageway, which clearly cannot be done while traffic is still using it.

“The outbound closures will take place overnight from Monday to Friday, with the route remaining open in both directions for both the morning and evening rush hours,

“Diversions will be in place, but I would advise people to use an alternative route during the closure if possible.”