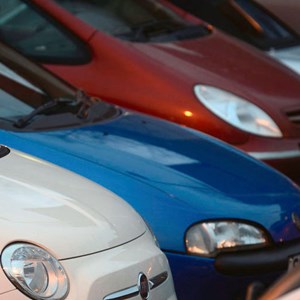 WORK starts this week on improvements designed to make Newarke Street car park safer and easier for motorists to use.

New technology including Automatic Number Plate Recognition (ANPR) cameras, new payment machines and barriers are among the measures being installed at the car park by Leicester City Council, to replace equipment and fittings which are nearing the end of their lives.

New CCTV cameras were installed at the car park earlier in the year.

The improvements will help speed up the process of buying tickets, entering and exiting the car park – ANPR could allow vehicles to be automatically let out once their stay has been paid for without the driver having to stop, and could also be used to enable Blue Badge holders, contract parking and other permit holders to be automatically recognised and allowed to enter and exit.

New payment stations are also due to be installed offering cash, chip and pin, and contactless payment methods

The newer equipment should also be more reliable and need less maintenance.

In all the works at Newarke Street Car Park will cost about £170,000, and are the first phase of planned investments over the next few years to see improvements and new technology rolled out to city council-owned car parks across the city.

Work began on Monday, March 25, to create new traffic islands to house the ANPR camera equipment and new barriers. An additional exit lane onto York Road has also been created which will tie in with wider road improvement works in the area.

The old payment machines which are being replaced will cease to accept card payment from April 1, because the company providing the service will no longer support them.

During the replacement works, drivers wanting to pay by card will have to do so at the ground floor car park office, which is staffed until 9pm Monday to Saturday, and 6pm on Sunday. Newarke Street Car Park will remain open throughout the installation work, which is expected to be completed by late April/early May.

Leicester City Council’s director of City Highways, Martin Fletcher, said: “This work will help make Newarke Street Car Park much easier and safer for motorists to use. The technology used to recognise vehicles and enable payments make the site far more secure, and also makes it simpler for people to use.

“The technology currently used in the old payment machines is no longer being supported, so they will actually stop accepting card payments from April 1 until the replacement machines are installed.

“In the meantime it is important that people intending to retrieve their cars late at night have cash to make a payment, once after the ground floor payment office has closed for the evening.”

Other works due to take place include a new parking management back office system to manage the new ANPR system, along with new external and internal signage.

Further proposals to introduce a smartphone app offering payment by phone, along with plans for cashless parking are also being looked at.

For full details of all city council-operated cars parks in Leicester, visit: https://bit.ly/2FAVHXZ