Major improvements to be made to Haymarket car park 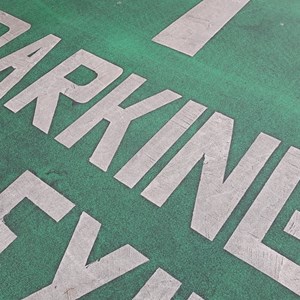 A £1.78m package of improvements is being made to Haymarket Car Park in order to make it safer, cleaner and easier for motorists to use.

Work is due to begin on Tuesday, May 7, on extensively repairing and revamping the ageing building, including re-laying large areas of the top floor outdoor deck and installing a weatherproof covering, drainage improvements, and structural repairs to the concrete and brickwork.

New payment machines, better lighting, new electrics and improved CCTV will be installed to make the car park safer and faster for customers to use, along with new ANPR cameras.

In addition, new surface-level pedestrian walkways will also be installed, along with new lines, signs and new larger parking bays.

The project will be split in to several phases, the first of which begins on Tuesday, May 7, and which will see the top deck of Haymarket Car Park closed to the public to allow the work to get underway.

Motorists will still be able to use the spaces on the covered lower level during the works. Signs have been put up in the car park advising users about the first phase of the project, and will carry updates on further phases.

The improvements on the top deck are due to be completed by late summer 2019, after which it will reopen for public parking. Work then shifts to the covered level below, meaning some spaces on that floor will be unavailable while the repairs are carried out. The whole programme of works is expected to be completed by November 2019.

A further phase of the plan will see two new lifts built and installed, to improve disabled access to the car park and improve connections between the car park and the Haymarket Theatre, shopping centre and adjoining planned Travelodge hotel development at Haymarket House. The lift works are due to take place from June 2019 to around May 2020.

The programme of car park work is being carried out as part of Leicester City Council’s parking improvement plan to upgrade car parks across the city as well as taking into account the wider redevelopments in the area.

Leicester City Mayor Peter Soulsby said: “Haymarket Car Park provides valuable city centre parking, but it is badly in need of upgrading, both in terms of its structure and in terms of the technology used to enable customers to use it.

“The extent of the improvement work needed means that the whole top deck of the car park will be taken out of use for four months, while we repair the whole of the decking, the drainage and the waterproofing, which obviously can’t be done while it is open.

“Parking will still be available on the lower level, and in other city centre car parks such as Dover Street, Newarke Street, Phoenix Square, Lee Circle and Upper Brown Street during the work.

“It’s a major programme of work, but it is badly needed to ensure Haymarket Car Park can offer high-quality, safe car parking in the city centre for many years to come.”

The city council has been in discussions with nearby businesses including the Haymarket Shopping Centre, and the Haymarket Theatre, to ensure they are aware of the impact of the works, and reminder notices have been placed throughout the car park itself.

Haymarket Shopping Centre manager Tony Spencer added: “The Haymarket Car Park is a much-used and convenient place to park, right at the heart of the city centre. It’s great news that the car park is receiving such significant investment which will enhance our customers’ experience of visiting Haymarket.

“The Haymarket Shopping centre will be open as normal during these important works.”

The scheme is part of a wider programme of car park improvements taking place across the city.