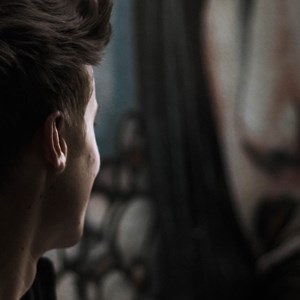 AN organisation working with children and young people in Leicester who have offended has been given a positive rating in its latest inspection.

HM Inspectorate of Probation has carried out an inspection of Leicester City Children and Young People’s Justice Service, examining 12 aspects of its work across areas including its organisational delivery of services, and both its in-court and out-of-court work.

The service, which brings together representatives from the local authority, police, probation service and NHS to help youngsters, was awarded an overall rating of ‘Good’, with some areas of outstanding practice also identified in the service.

Areas of outstanding practice centred on partnership working arrangements, including using specialist workers to help children understand the impact of adverse life experiences, and also the education, training and employment provision offered both to school-age and post-school-age children and young people.

Two mental health specialists have also been brought in to work with and support children who had had traumatic experiences and who potentially have undiagnosed mental health conditions.

The standard of work with children sentenced by the courts was of good quality overall. The assessment and planning of cases both received ‘Outstanding’ ratings and the delivery of activity with children and young people was rated ‘Good’.

However, inspectors felt improvements were needed in the way cases were reviewed, and wanted to see staff having more updated plans to reflect clients’ changing circumstances.

Inspectors also wanted the service’s day-to-day work to reflect more closely the management’s strategic priorities, and called for better attendance at the service’s management board, and to ensure all members understood their precise roles and responsibilities.

Leicester deputy city mayor for social care, Cllr Sarah Russell, said: “Overall we are pleased with the rating given to the service, which highlighted both some of the areas in which it excels, and the aspects in which we could do better.

“The inspectors recognised that the service had performed well despite some recent significant changes brought about by an organisational restructure, necessary to ensure the most needed services could continue in the face of ongoing funding cuts.

“We will certainly be looking at how best to implement the improvements they have suggested, to ensure the service continues to provide a high-quality level of support to young people in the youth offending system.”

In all, the inspection made the following ratings:

The way court disposals were implemented and reviewed was considered as good, as were the whole range of services covering out of court disposals, including assessment, planning, implementation and delivery, and joint working methods.

Improvement was required in three areas – governance and leadership, information and facilities, and reviewing of court disposals.

Chief Inspector of Probation, Justin Russell, said: “At the time of the inspection, the service had been through a major restructure and cost-cutting exercise.

“Although this had clearly affected staff morale, they had done well to keep service delivery going at a difficult time and had felt well supported by their managers through this process.”

Mr Russell also said children with special educational needs and disabilities had good access to education through the service, and also identified the excellent support and motivation young people received in terms of training and employment.

He added: “Following the restructure, the service now sits in the council’s Early Help and Prevention Team. Despite the recent financial cuts, the council’s vision is to expand its work to prevent young people getting involved in crime.

“We welcome the ambition to help children and young people move away from crime, but senior leaders need to ensure they have the resources in place to meet demand.

“Following the inspection, we have made a series of recommendations that will help the service to put further improvements in place that will benefit children and young people, their families and the wider community across Leicester.”