Civil powers to be used to tackle rogue landlords 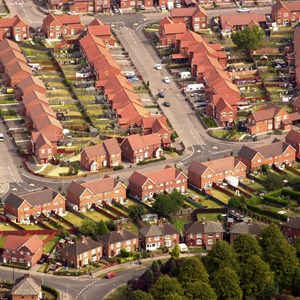 The council is planning to use the powers from January 1, 2020, to deal with landlords or organisations which commit a range of housing offences by issuing fixed penalty notices, or fines, rather than pursuing a lengthier and more costly prosecution through the courts.

The move would help the city council to strengthen its ability to improve and manage the standards of private rented accommodation across the city, and follows a public consultation earlier this year.

In that consultation, responses were received from members of the public, landlords and tenants, of which 86 per cent supported the proposals, and two thirds felt the levels of penalties put forward in the scheme were fair and reasonable.

The Housing and Planning Act 2016 gives the city council permission to impose financial penalties up to a maximum of £30,000, as an alternative to prosecution for certain offences.

Offences which would be dealt with under civil law include failing to comply with an improvement notice, mandatory licensing of a House in Multiple Occupation (HMO), relevant licensing under part 3 of the 2005 Housing Act, failure to comply with an overcrowding notice, and breaching management regulations for HMOs.

Criminal law would still be used to deal with more serious offences, with a decision over which route to pursue being based on the likelihood of a successful prosecution, and the public interest in doing so.

The level of any penalty imposed under civil enforcement would also take into account the level of risk or harm caused, any previous offences, any financial gain made as a result, plus any other mitigating or aggravating factors.

It would also require the same level of evidence that would be required if the council was pursuing the case through the courts – ie that if the case was brought to court, there would be a realistic chance of conviction. Landlords would also be able to appeal against both the imposition of a penalty, and the amount of the penalty.

The decision also comes ahead of the launch of a formal consultation into the introduction of a separate scheme of selective licensing for landlords in areas with high levels of rented housing.

It would focus on areas where landlords have failed to tackle ongoing problems of antisocial behaviour, where significant housing problems exist, or for example where there is high crime or deprivation.

That consultation is due to be launched in early 2020.

Leicester assistant city mayor for housing and education, Cllr Elly Cutkelvin, said: “Councils have these civil enforcement powers to deal with certain housing offences by way of fixed penalty notices, rather than going through the courts.

“By adopting this approach we hope to deter landlords from flouting the law, and will be better equipped to crack down on rogue landlords more easily, and protect the rights of tenants in the process.

“Government legislation already allows us to do this, but the consultation carried out this year showed people in the city approved of us taking this course of action, which strengthens the council’s abilities to tackle rogue landlords and those who fail to safeguard their tenants properly, ahead of the launch of the consultation into the use of selective licensing for landlords in the new year.”