Reminder to motorists ahead of major road junction closure 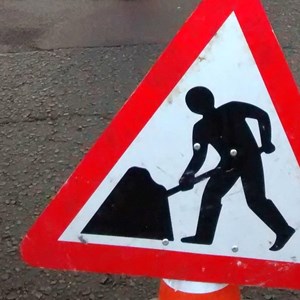 MOTORISTS using a busy road junction on a key route in and out of the city are being reminded to consider alternative routes during a forthcoming nine-day closure.

The junction of Ravensbridge Drive, Anstey Lane and Blackbird Road will be closed between 6am on Saturday, October 12, and 6am on Monday October 21 for resurfacing work as part of an improvement scheme which has seen the junctions upgraded, the road layout reconfigured and additional lanes added.

From 6am on Saturday, October 12, Anstey Lane will be closed inbound from the Krefeld Way roundabout, to reduce the number of vehicles using Anstey Lane and having to be diverted along residential roads.

During the same road closure, Severn Trent Water will be working on Anstey Lane during the Saturday and Sunday only, to carry out repair work to a major underground water main.

Anstey Lane will be closed to all traffic in both directions between Colwell Road and Blackbird Road during the same period for the resurfacing work to be carried out.

With the city’s Diwali celebrations taking place on Belgrave Road on Sunday, October 13, Blackbird Road itself will continue to have one lane open in each direction to assist with the flow of traffic until midnight.

However, it will then close in both directions between Buckminster Road and Devonshire Road for the remainder of the duration of the resurfacing works, reopening along with all the other affected roads by 6am on Monday, October 21.

Marshals will once again be in place to help businesses and residents gain access.

Electronic notices are already in place and diversion signs will be put out advising drivers of the works.

Contractors from Tarmac Ltd, who are carrying out the scheme, will be working from 6am to 10pm each day to ensure the closure is for as short a time as possible.

Works will involve removing the existing surfacing, raising the ironworks such as inspection covers, and laying regulating material to bring the surfaces level with each other. Material to reinforce the carriageway will then be installed, before laying the binder material and then the final carriageway surface.

Leicester City Council’s director of City Highways, Martin Fletcher, said: “This is a major programme of work to improve a very busy junction on a key route to the north west of the city and beyond.

“Obviously we are mindful of other pressures on the road network, including the extra traffic expected for the Diwali lights switch-on, on October 13, which is why we will keep one lane of Blackbird Road open for as long as possible.

“Diversions will be in place, but I would advise drivers to consider using a different route if possible, such as the A6 or the A47 to avoid the inevitable traffic disruption the work will cause.”

All the work onsite is due to be completed by mid November 2019.