Leicester gets ready for a bumper weekend of events 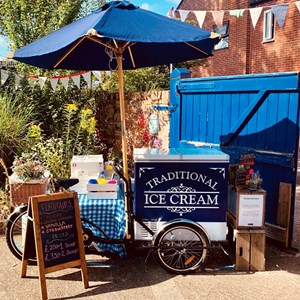 THERE’S something for everyone in Leicester this weekend as the city hosts a bumper programme of special events.

From food to film, and from heritage to horsey hoppers, there’s lots going on – and many activities are free of charge.

On Friday, it’s the start of Leicester’s Heritage Open Days – a 10-day festival that celebrates the city’s built heritage by opening up historic sites to the public.

Highlights this weekend include free tours of the city’s Grade II-listed Lancaster Road fire station and the chance to explore Glenfield railway tunnel, which was the longest railway tunnel in the world when it opened in 1832. The Stoneygate Tram Depot on London Road will offer visitors the chance ride on a heritage bus – while there’s also a guided tour of the council’s City Hall headquarters.

Pre-booking is required for some events so find out more at visitleicester.info

It’s also a busy weekend at New Walk Museum, with the opening of a brand new photographic exhibition that celebrates some of the most influential women of the 21st century, as well as two special events as part of the British Silent Film Festival.

100 First Women Portraits features Anita Corbin’s photographs of 100 women who have achieved firsts in their fields, including Baroness Boothroyd – the first woman to serve as Speaker of the House of Commons. Admission to the exhibition is free of charge.

Fans of silent films can enjoy the best of Laurel and Hardy at New Walk Museum on Saturday, as broadcaster and musician Neil Brand presents his entertaining family show. The fun starts at 11am and tickets are £5 (£2.50 for children).

The following day (Sunday 15 September), the museum hosts a stunning programme of Victorian short films that showcase late Victorian life in all its splendour. Screening the Victorians – which includes clips of great sporting events and scenes from everyday Victorian life - starts at 4pm. Tickets are £5 from New Walk Museum.

Visitors to the museum will also have the chance to see an iconic portrait of King Richard III, which is on loan to New Walk Museum until 22 September.

Amongst the food vendors taking part are Huns, Leicester’s very own vegan fried ‘Chickhun’ producers and eco-vegan caterers No Baloney. There will also be sweet treats by local bakeries and coffee shops, as well as freshly ground coffee and a range of 100% vegan home and lifestyle products.

The vegan market will be open from 10am to 5pm on Saturday.

Also happening this weekend is the Belgrave Food Festival, which will host some of the finest food and drink producers in the region. Taking place in the beautiful surroundings of Belgrave Hall, the fair will feature some 25 stalls, with a wide range of sweet and savoury foods on offer, including ice cream, cakes, gin and cider. Admission is £2.50 per person, with free admission for under 13s.

The Belgrave Food Festival runs from 11am to 4pm on both Saturday and Sunday.

On Saturday, the LCB Depot on Rutland Street hosts its latest family-friendly free event, Easy Saturday – and this time it’s all about sound. From 12 noon until 4pm, families can join in the fun by experimenting with music and making their own instruments. There’ll be live music from the amazing Brass of the Saff, fun with Moshpit Minecraft and refreshments from the on-site café.

And finally there’s some good old-fashioned fun on Victoria Park on Saturday, as the Raucous Races return to Leicester.  Organised by Enter Edem and supported by the University of Leicester, the popular free event features live music, giant board games, face painting and the return of the horsey hoppers. Refreshments will be available from the Victoria tearooms and the fun runs from 12 noon to 4pm.

Deputy city mayor Cllr Piara Singh Clair said: “Just when we thought the summer was over, the sunshine is back to encourage everyone to get out and about and enjoy the city and its attractions.

“With so many events to choose from, the difficult bit will be deciding what to do first, but I hope that people will head for our parks, museums and heritage sites this weekend and have a great, low-cost, family day out.”

Information about what’s on in Leicester is available at visitleicester.info

Events in Leicester this weekend: