New recreational open space to be created in Aylestone 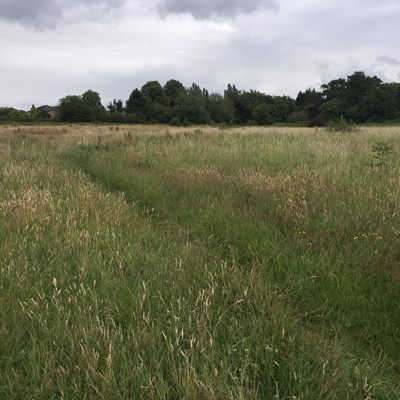 A NEW public open space is to be created alongside a new housing development in Aylestone.

The space, which runs between Soar Valley Way and the Great Central Way, will be created as part of the new Franklyn Fields development – an eight-hectare site which has been sold to Morris Homes for the construction of 102 properties.

Local people will be asked for their views over the design of the new amenity, which will include nature areas, swales to capture rainwater and a children’s playground for use by new and existing residents.

The open space will be more than two hectares in size – roughly the equivalent of two football pitches – and will be designed and constructed by Leicester City Council. It will be paid for by a contribution from the housing developer, and will be located immediately adjacent to the new road for the site, which will be accessed from Lutterworth Road.

Deputy city mayor Cllr Adam Clarke, who leads on environment, said: “This new open space will be an asset to the area and another important part of a valuable wildlife corridor running along Aylestone Meadows, the city’s largest nature reserve. It will have great value not just as a local amenity, but also in helping to mitigate air pollution and flood risk in the area.

“Franklyn Fields will provide much-needed new homes and the development of this site also gives us the opportunity to create further quality walking and cycling routes that will link the village of Aylestone with the Great Central Way, encouraging more people to use this route for both commuting and leisure.

“I know how important amenities like these are to local people and I welcome the opportunity to create a sizeable and high-quality open space that will add ecological and recreational value to the area for many years to come.”

The city council will shortly begin consulting local people on how they would like to see the open space designed.

The first phase of works on Franklyn Fields will be site clearance by the developer Morris Homes. It is due to begin this week.