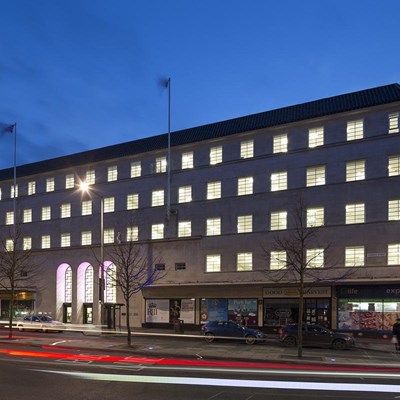 A MAN who is alleged to have harassed and intimidated members of the public through his aggressive begging has been banned from begging in the city centre for up to one year after the city council was granted an interim injunction against him.

Leicester County Court granted the interim injunction against the man after considering evidence from the city council and Leicestershire Police that his actions had caused alarm and distress to the public.

He is now banned from begging within a specified exclusion zone which includes hotspot areas identified by the council and police. Breaching the injunction could result in his arrest.

This is the first time the city council has sought an injunction in relation to aggressive begging through the civil courts. The action has been taken after all offers of support to help the man move away from his street lifestyle were refused.

The action was made possible thanks to the work of the the street lifestyles taskforce which is made up of police and council officers.

John Leach, the council’s director of neighbourhoods and environmental services said: “We have made every effort to help this man get away from his street lifestyle, including providing and repeatedly offering accommodation and support. However, he has continued to aggressively beg and intimidate people and refused the support that could help him.

“Seeking a civil injunction to stop him begging really is a last resort and one we have only embarked upon after all other efforts have failed.”

Inspector Adam Archer, Central Leicester Neighbourhood Policing Commander said: “This action was necessary and a result of direct feedback from visitors to the city centre and the many businesses whose lives he was blighting through his aggressive behaviour.

“Despite offers of appropriate support by the task force, his behaviour continued to cause fear and this will not be tolerated. An injunction is always a last resort but the task force is working hard to ensure the city centre is a pleasant and safe place to live, work and visit and we will not hesitate to take further action in the future.”

The street lifestyles taskforce was set up in November last year with the aim of helping vulnerable people such as rough sleepers living street lifestyles, and cracking down on those responsible for anti-social behaviour.

The creation of the taskforce followed two years close work and co-operation by the council, police and Office of the Police and Crime Commissioner through their Street Lifestyles Operational Group (SLOG).

The SLOG has dealt with more than 100 persistent beggars, street-drinkers and drug-takers since 2017, with 96 of them helped to move away from a life on the streets through a variety of actions.

City Mayor Sir Peter Soulsby, Chief Constable Simon Cole and Police and Crime Commissioner Lord Willy Bach agreed to dedicate resources to a dedicated taskforce to build on the work of the SLOG.

The court agreed to a trial to enable the defendant to present his case against the injunction, and a further hearing will take place in March to set the date for this.