Council's aim for families is homes not hostels 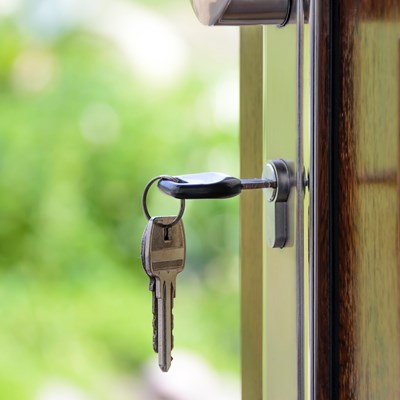 THE city council has set out its plans to give homeless families in Leicester a home instead of a place in a hostel.

The council currently uses a range of accommodation for families in crisis, including the council’s own Border House hostel which has 26 bedrooms, and 17 shared, two-bedroom flats that are part of the hostel but located a few minutes’ walk away.

It also rents properties owned by a private company which it pays for as and when it needs them.

Asst city mayor responsible for housing, Cllr Elly Cutkelvin said: “Border House has helped us to provide a vital service over the past 30 years or so, but our priority now is to give homeless families self-contained accommodation where they have their own space to feel safe, relax and grow as a family.

“Temporary homes would be offered initially until permanent accommodation could be found.

“Ideally we aim to provide this close to where families are from, to reduce the disruption to family routines and the impact on children and parents’ physical and mental health.

“These changes won’t happen overnight, so we will keep the hostel open for as long as there are families in it, but our intention is to provide homes and not hostels in the future.”

The council has started to identify one to three-bedroom properties that could be used for homeless families, with floating support attached to these households as needed.

The properties will be fully furnished and spread across the city to help families who have reasons to remain in a particular area, such as links to schools, and family networks.

Support for families who need it would come from a new visiting support team that will work closely with other agencies to ensure each family member gets the help they need to make resettlement in a permanent home more achievable.

The council plans to bring in its changes in phases, starting with ending the sharing of accommodation in Border House and its flats. Once all homeless families have moved out of Border House the hostel will no longer be used.

The council will be consulting with staff and unions about the changes, as it’s likely that staff will be affected by the closure of Border House. Job vacancies across homeless services will be ringfenced for those affected, including jobs in the new visiting support service, and jobs that could result from future improvements to the singles’ and couples’ homelessness service.

At the end of January there were 73 homeless families in temporary accommodation at Border House and other properties.

The council has around 6,000 people on its register who have applied for council housing. It has a stock of around 20,000 properties, but only around 1,300 become available for rent each year.

The city council has started the first phase of work to build 29 new council homes which will be completed later this year. The council is also purchasing private homes to add to its stocks, with more than £40m spent on purchases over the past two years.

The plans will be reported to the council’s housing scrutiny commission on February 25.