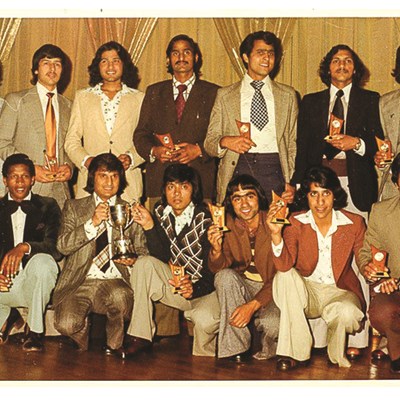 THE PRIDE and passion of grassroots football is celebrated in a new exhibition that opens tomorrow (Saturday 15 February) at Leicester’s Newarke Houses Museum.

Archive photographs, newspaper cuttings, artefacts and video footage tell the stories of local grassroots teams ­- and help demonstrate the importance of football to social cohesion and community development in the city over the past 50 years or so.

The rise of the Guru Nanak Gurdwara Football Club (GNG FC), from a park-based team to the thriving community football club it is today, is one of the stories featured in the exhibition.

Founded in 1969, when a group of young Asian men playing football in Spinney Hill Park formed a club with the help of their local gurdwara, GNG FC celebrated its 50th anniversary last year.

From developing its own Riverside grounds to becoming Asian Football Club of the Year, many of the club’s challenges and successes over the past five decades are included in the new exhibition.

Other local clubs featured in the exhibition include Oadby Town FC, Community Football Academy, St Patrick’s AFC and Highfields Rangers. Like GNG FC, each club was set up by young people with a shared sense of heritage and identity - and their stories illustrate the importance of community football to life in the city today.

More information about the exhibition is available at www.visitleicester.info

Breaking Ground is part of the Football in Leicester: Heritage and Diversity Project, which is supported by the National Lottery Heritage Fund.

Researchers working on the project are keen to hear from anyone with stories or artefacts relating to GNG FC over its 50-year history. More information can be found at www.gngfc.com