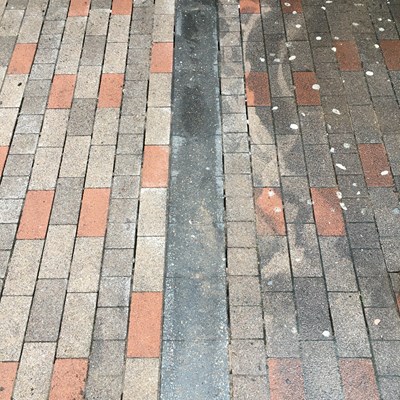 A NEW cleaning machine aimed at removing chewing gum from city centre pavements is being trialled in a scheme by Leicester City Council.

The four-month pilot scheme, which runs from January to May 2020, involves using a high-powered lance dubbed ‘the gumbuster’ which shoots a mix of heated detergents directly at the dried-on chewing gum to help dissolve it, with a scraper then being used to shift any stubborn remnants.

Work is being carried out on routes throughout the city centre, taking in hotspots where gum on pavements has proved to be a particular problem.

Areas include Granby Street, High Street and the area around the Clock Tower, Eastgates, Gallowtree Gate and Market Street.

The gumbuster trial is costing about £10,000, including the cost of one staff member and all the cleaning materials needed. Work will take place from Monday to Friday throughout the four-month trial.

The approach combines with existing street cleaning measures to tackle persistent problems such as staining caused by discarded food waste and drink spills, littering and spitting.

Since December 2018, the city council has been using two £130,000 hot washer street cleaning vehicles to blast dirt from the city centre streets. These also remove newer gum deposits, with the gumbuster being deployed to remove more stubborn, older remnants.

Leicester deputy city mayor for environment and transportation, Cllr Adam Clarke, said: "Dried on chewing gum looks horrible but is notoriously difficult to remove or dissolve properly, but this new gumbuster offers us something additional to our existing hot washer machines.

“The combination of the high-powered jet spray and the hot washer vehicles means we can shift more grime from the streets.

“We will be looking closely to see how effective this latest trial is in removing it, to see whether it could be incorporated as part of our wider cleansing work across the city centre.

“Obviously we’d prefer if people didn’t drop gum in the first place so we wouldn’t have to spend this time and money removing it.”

The city council’s cleansing teams carry out a daily cleaning rota across all areas of the city centre and the wider community, combining scheduled clean-up work with emergency call outs for unexpected incidents.

Streets across the city centre are swept by machines doing six shifts a day, and also by hand between three and four times per day. The hot washer vehicles also work on a rota covering both the city centre and outlying districts.

In the last financial year, the city council spent £999,000 on cleaning the city centre, as part of a citywide cleansing bill of nearly £4.7million.