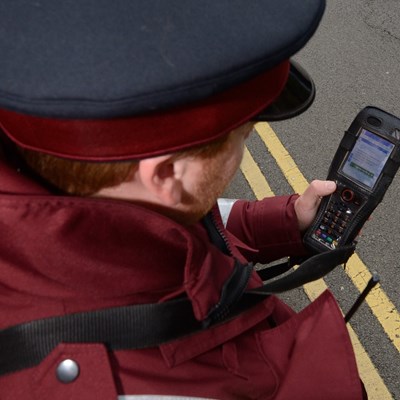 A SERIES of ‘sting’ operations is taking place to tackle school-run drivers who drive or park dangerously, discard litter or leave their engines running while stationary.

Leicester City Council and Leicestershire Police are carrying out the programme of visits to schools across the city which have highlighted ongoing problems with motorists behaving inconsiderately on roads outside the school gates.

During the stings, officers can issue fines for inconsiderate or dangerous parking, littering, smoking in a car with a minor present, any obstruction notices and can also check for seat belts and use of mobile phones.

They also highlight the problem of drivers who cause unnecessary air pollution by leaving their engines running when they are stationary. Officers also speak to parents, residents or teachers regarding any concerns they may have regarding inconsiderate or dangerous parking, or air quality issues around the school, as well as taking photographs of vehicles parked dangerously.

Drivers fined for illegal or inconsiderate parking will be issued with a penalty charge notice for £70, reduced to £35 if paid within days.

Last month officers visited Coleman Primary School in Evington, where one motorist was issued with a penalty charge notice for parking on double yellow lines, and 10 others who were idling were asked to switch off their engines.

A further operation took place at St Patrick’s Primary School, Belgrave, this week, at which six motorists were spoken to for leaving their engines idling, and other driver spoken to about parking on double yellow lines. More visits are taking place at schools throughout the city over the next five months.

Leicester assistant city mayor for neighbourhoods, Cllr Kirk Master, said: “Driving or parking dangerously or inconsiderately around schools is an issue we frequently get asked to address, and this series of events is a way of dealing with the minority of drivers who continue to cause problems.

“Of course people are busy and want to complete the school drop-off as quickly as possible, but unfortunately by parking as close to the school as possible, on zig zag lines, double yellow lines or across driveways, they are putting other families in danger.

“It is not just about fining people for wrongdoing – by running these events at schools across the city, we want to get people thinking a bit more about their actions and the alternatives available, such as walking, cycling or simply parking a few streets further away and walking to the school gates. It only takes a few minutes but potentially has huge benefits for everyone in terms of safety and air quality.”

The work is part of the ongoing Parking Improvement Action Plan which has been running since 2017 to address ongoing issues around road safety, speeding, congestion and parking around schools.

Since then intervention packages of measures to tackle inconsiderate or dangerous driving have been drawn up for more than 100 schools, along with a programme to help change people’s behaviour, working with Sustrans to encourage cycling and Living Streets to encourage more walking.

Between 2017 and 2019, 29 parking fines and 10 fixed-penalty notices were issued, along with eight other notices and verbal warnings.

A campaign of air quality education has also been running to develop awareness of air pollution around schools and across the city generally.