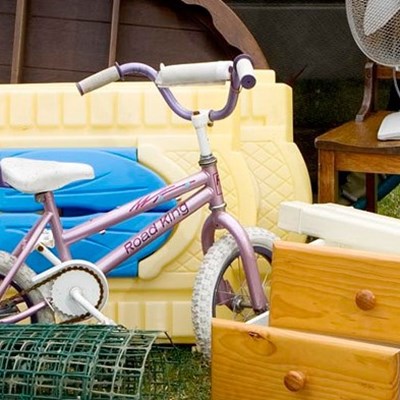 A TEAM of city council staff responsible for tackling littering, flytipping and other unsightly mess in communities across Leicester has been shortlisted for two national awards.

Leicester City Council’s City Wardens have been shortlisted in both the Waste Performance of the Year category, and Outstanding Service Delivery category in Keep Britain Tidy’s annual awards.

It follows a successful nine month-long campaign, which ran from March to October 2019, to tackle flytipping, waste, bins on streets and other waste problems in the city’s Fosse ward.

It involved inspecting 117 businesses, 16 of which were issued with fines totalling £4,800 after not responding to legal notices.

The area had seen 971 incidents of flytipping from January to December 2018.

City Wardens attended ward community meetings, distributed posters and leaflets in hotspot areas, erected street notices and met with community leaders as part of the campaign, which also saw them issuing 37 notices about bins left on streets, and using community protection notices to warn people they faced action over flytipping, side waste and untidy land.

The worked led to an 18 percent reduction in flytipping and a nine percent increase in people using council services, such as bulk waste collection, compared to the same period in 2018.

The Keep Britain Tidy awards celebrate the very best councils from across the UK, highlighting those who are making significant improvements to the local environment in communities. Winners will be announced at the charity’s annual Network Conference at the Birmingham Hilton Metropole on Thursday, February 6.

Leicester assistant city mayor for neighbourhoods, Cllr Kirk Master, said: “Our City Wardens team has been operating for just over 11 years in communities across the city, tackling everything from flytipping enforcement and nuisance parking to littering, dog fouling, graffiti and flyposting offences.

“In that time they have developed good working relationships and local knowledge of neighbourhoods throughout Leicester, working with residents on campaigns like this to help create a safe, pleasant place to live.

“It is appropriate that their work has been shortlisted for this Keep Britain Tidy award, and I’m keeping my fingers crossed that they win.”

Keep Britain Tidy Chief Executive Allison Ogden-Newton added: “I would like to congratulate Leicester City Council on being shortlisted for one of our annual awards.

“We know that people want to live in places that are clean and tidy and local authorities have a massive role to play in this.

“We are delighted that so many authorities entered our awards and the standard was incredibly high. We look forward to seeing Leicester City Council at our awards ceremony in Birmingham.”