Towed-away cars are responsible for thousands in unpaid parking fines 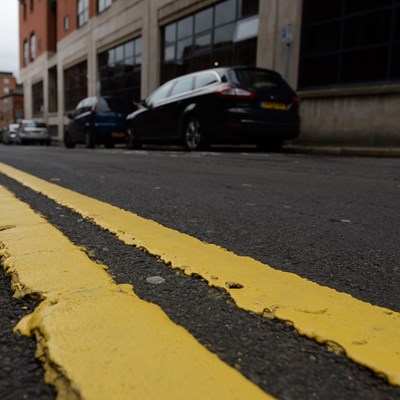 NEARLY a dozen cars which between them are responsible for over £62,000 of unpaid parking fines have been seized by civil enforcement officers at Leicester City Council.

In all 11 vehicles, each with a string of unpaid fixed penalty notices (FPNs) to their name, have been towed away by the city council in the last three months.

The work is carried out to prevent dangerous parking, tackle congestion and ensure fair turnover of parking spaces in shopping areas.

Only two of the cars have been claimed by their rightful owners, who had to cough up over £2,000 between them, before getting their vehicles returned. Owners are expected to pay off the outstanding fine which led to the vehicle being seized, as well as storage and towing costs.

The remaining nine seized vehicles are still at a council-run compound, and will be scrapped if no one claims them. The city council process to attempt to trace the registered owners through the police can take up to three months. It can cost up to £1,500 to store and dispose of each vehicle.

In total the 11 cars had amassed 899 unpaid fixed penalty notices. The worst offender – the sole foreign-registered vehicle – was responsible for 236 FPNs, equivalent to more than £8,000 in fines.

The impounded vehicles represent cases where the owners who have received multiple FPNs have not paid them, or responded to subsequent attempts to contact them, including referrals to bailiffs.

Leicester City Mayor Peter Soulsby, said: “The vast majority of drivers are law-abiding people, and when they get a parking fine, they simply follow the instructions and pay it off.

“But at the other end of the scale are owners who have no regard whatsoever for the law, and as a result amass dozens, or in some cases hundreds, or parking tickets which they do not pay.

“We work with the police and DVLA and do everything we can to trace the owners of these cars, and to agree payment with them, but in some cases they simply cannot be traced. This can be because cars are not properly registered to their owners’ addresses, which in itself is another offence.

“Cars that have been seized are seldom claimed, specially as in some cases the value of unpaid fines is more than the value of the vehicle.

“But it is important to show that we won’t tolerate motorists who think they can flout the law – some of these cars are associated with parking offences going back months, and we can’t simply allow this to continue to impact on other road users.”