Traffic calming and 20mph limits to be introduced in two communities 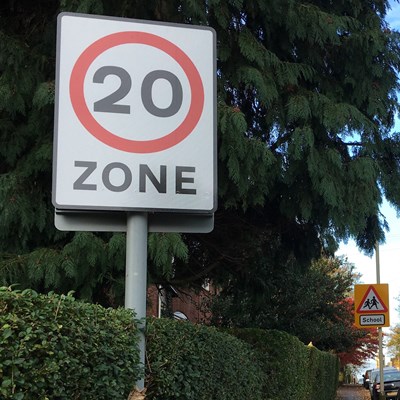 NEW 20mph speed limits and traffic calming measures are due to be brought in on streets in two residential area of Leicester.

Speed cushions are due to be introduced in Brading Road and Medina Road, off Groby Road, to reduce traffic speeds, in response to a petition from residents in 2016.

Further traffic calming and 20mph limits are likely to be installed in the wider area in future as part of the 2023/24 programme or works.

A consultation on the proposals showed 77 percent of those who responded supported traffic calming measures. The work is expected to cost £20,000 from the city council’s budget for active travel and road safety.

Elsewhere in the city, a 20mph speed limit is due to be introduced in the Wentworth Road area, off Glenfield Road. The new 20mph limit would cover Mostyn Street, Carlisle Street, Bolton Road, Henton Road, Muriel Street and Kirby Road.

Glenfield Road itself will not be affected, although streets to the north of it, including Wentworth Road, Franche Road, St Dunstan Road, Bramley Road and St Pauls Road will be included, connecting the new scheme to existing 20mph limits to the east of Fosse Road North.

The vast majority – 89 percent – of residents consulted supported the planned 20mph limit, which is expected to cost about £5,000 to bring into effect with signs, lines and the paperwork needed to introduce the limit.

The works at both sites are the latest in a citywide rolling programme of introducing 20mph speed limits and traffic calming measures in residential areas where requested to do so.

Each scheme could be in place by March 2020.