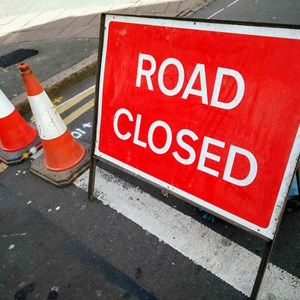 THE latest stage of improvement works are due to take place at a busy Leicester junction this weekend as part of a major redevelopment scheme being carried out by the University of Leicester.

The university is investing £150m in transforming its Freemen’s Common site, off Welford Road, and is spending £1.5m on highway and junction improvements in the area linked to that scheme.

As part of that, the junction of Welford Road and University Road will be completely closed to all traffic from 7pm on Friday, July 31, until 6am on Monday, August 3.

The following weekend, the same junction will also be closed to all traffic from 7pm on Friday, August 7, until 6am on Monday, August 10, to complete work on installing new traffic signals as part of the wider scheme.

During both weekends, Welford Road outbound will be closed, as will University Road. Diversions routes will be in place and clearly signposted on main routes leading to the junction.

Inbound traffic on Welford Road will not be affected.

New temporary traffic lights were installed at the junction earlier this week as part of the work.

Further phases will be taking place from mid-September 14, including resurfacing works.

The highway improvement scheme is being entirely paid for by the University of Leicester as part of its comprehensive £150m redevelopment of its Freemen’s Common site.

When complete, the Freemen’s Common development will include high-quality accommodation for around 1,200 students; a café for both students and the wider community; a new 550-space multi-storey car park; a landmark Teaching and Learning Centre, as well as the sensitive refurbishment and extension of the Grade II listed Freemen’s Cottages as the centrepiece of the scheme.

The university is also making a financial contribution towards improvements at Saffron Lane Stadium and Victoria Park, as part of an agreement to make a developer contribution to benefit the wider area.

Martin Fletcher, Leicester City Council’s director of highways, said: “These planned works are all part of a major redevelopment scheme being carried out by the University of Leicester at its Freemen’s Common site, including upgrading the junctions, road crossings, footpaths and cycleways to help accommodate the expected increase in people travelling in the area.

“These two weekends of closures are needed to enable this latest stage of works to be done.

“We’ve been working closely with the contractors throughout on the timings of the works, and the developers have been sharing information with local residents and businesses about what to expect from it.

“It will be phased and managed in a way as to minimise disruption both to traffic and nearby residents.”

Highways works are being carried out by Danaher & Walsh, under contract to Engie, the construction company leading on the university’s major redevelopment scheme.