£145,000 being invested in sprucing up Narborough Road 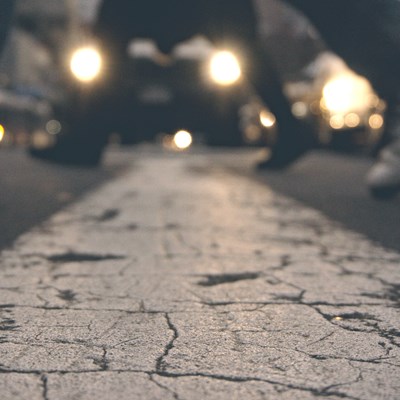 A BUSY retail area and main route into Leicester is being spruced up in a £145,000 improvement scheme focusing on pavement repairs, better street furniture and new bollards.

Work is due to begin on Narborough Road on Monday, March 16, in the first phase of a series of planned improvements along the busy shopping and residential area.

Damage to the footways has been caused by underground tree roots cracking or distorting paving slabs, or vehicles parking on pavements.

The works will be carried out in phases over the next 14 weeks in the area between Narborough Road’s junctions with Upperton Road and Equity Road.

It is the first stage of a series of improvements planned along the road, which will take place in gradual phases to avoid disrupting businesses.

Leicester deputy city mayor and Westcotes ward councillor, Sarah Russell, said: “Narborough Road is a thriving retail and residential area, with a bustling community of shops, restaurants and bars, as well as being one of the key gateways into the city.

“We are carrying out these improvements to help make it a more attractive, pleasant environment for people to live and shop.

“The work we’ll be doing will sort out these damaged pavements, and also install bollards in areas to prevent pavement parking in future. We’ll also be installing new cycle racks, benches and other street furniture to help the area for everyone who uses it.

“We are mindful that this is a very busy street, with scores of small businesses, so we’ll carry out this work over time to ensure it doesn’t cause too much disruption to businesses, residents and road users in the area.”

The work is being funded through a combination of Leicester City Council’s highway maintenance capital fund, and Section 106 contributions earmarked for helping retail areas of the city, paid for by developers extending Fosse Park’s shopping centre.

The road will remain open to traffic during the majority of the works. However, Upperton Road will be closed on occasional Sundays and at off-peak hours when work is being done around the traffic light junctions. Road diversion signs will be placed on the days the road is closed.  There will be some cones and barriers preventing vehicles stopping in certain areas when work is taking place.

As part of the work, a tree which has badly damaged pavements is due to be removed from outside 129-133 Narborough Road, and replaced with a more suitable one.

Letters have been sent to residents and businesses in the area where the works are being carried out to let them know about the works. Access to premises will be maintained wherever possible, with works will be carried out between 7.30am and 3.30pm on Monday to Friday, plus occasional Sundays.