More children in city get their first choice of secondary school 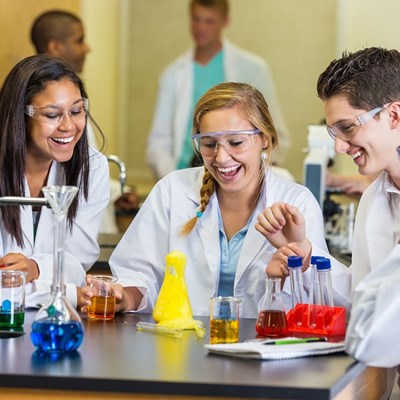 THOUSANDS of children across the city will be offered places at secondary schools today (Monday 2 March) – with a substantial increase in those being offered their first choice.

Today – 2 March – is National Offer Day, when children up and down the country learn which secondary school they will attend for the 2020/21 academic year.

In total 95.4 per cent of applicants were offered a place at one of their top four schools, with the remaining 4.6 per cent offered alternative places.

This year is the first year that the city council offered families the chance to choose four preferences, rather than three – and as a result fewer families – only 218, or 4.6 per cent, were offered a place at a school they did not choose, compared to 8.3 per cent, or 401 of 4,830 families last year.

Cllr Elly Cutkelvin, assistant city mayor for education, said: “I’m really pleased to see that the vast majority of applicants – 95.4 per cent – gained a place at one of their preferred schools, with most getting their first choice. It’s also great news that there’s been a big percentage increase in numbers getting their first preference.

“Offering a fourth preference has also helped, as it means fewer offers are made of a place at a school families haven’t chosen.

“We know starting secondary school can be an anxious time for families, and we do all we can to make the applications process as straightforward as possible while meeting demand – and meeting families’ choices in all but five per cent of cases.

“‘We still have an issue with a very small minority of parents who only put down one preference believing it will help their chances. What this in fact does is significantly raise the chance you will be offered a place outside of your local area, so we would encourage every applicant to always use all four preferences.

“We have made sure that, once again, no-one who applies on time is without a place.”

The vast majority of families now apply online, meaning parents can view their results on offer day, rather than having to wait for a letter to be posted out to them.