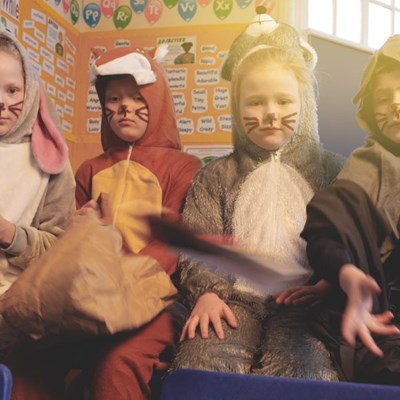 PUPILS from six city schools have launched an online video campaign raising awareness of the perils of litter, flytipping and plastic pollution.

Youngsters from the four primary and two secondary schools have put together and starred in a series of short films highlighting the problems of littering and illegal dumping of waste.

The campaign, entitled Love Where You Live, includes some of the youngsters swapping roles with wild animals, to explore the problems they would cause if they discarded waste in the same way humans do.

A series of short films, which each last between 30 and 45 seconds, will form the backbone of the six-week online campaign, which encourages viewers to interact and join in the discussion.

The campaign is being run with help from the Government’s Litter Innovation Fund, jointly funded by the Department for the Environment and Rural Affairs (Defra) and the Ministry of Housing, Communities and Local Government, and administered by sustainability charity WRAP, to explore news ways to tackle littering.

The city council was awarded £10,000 from the Litter Innovation Fund following a bid last year.

Leicester deputy city mayor responsible for the environment, Cllr Adam Clarke, said: “This campaign has seen children coming up with creative ways to learn about the impact of littering, the damage it causes to the environment and the dangers it presents to local wildlife.

“These short films are quite striking in illustrating the problems caused by illegal waste disposal, which I hope bring attention to the problem and serve to get more young people involved in thinking about the steps they can take to tackle it.”

The campaign is available to view on the council's environmental education webpages.