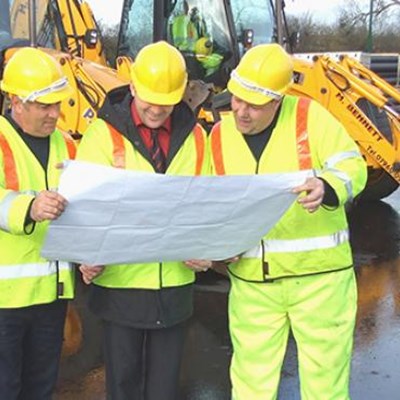 A £10.7m highways scheme to reduce congestion and improve road links between the county and the city is gathering pace - and running to schedule.

The county council is leading on the delivery of the improvements on behalf of the city council, which will see a range of measures introduced on the A5630 Anstey Lane and A46 roundabout to increase capacity and improve journey times.

The scheme involves the existing single-lane section of road between the A46 interchange and Bennion Road roundabout being turned into a dual carriageway.

Additional lanes are being created at the approach to the roundabouts at both junctions with new traffic lights installed. Pedestrian and cycling routes along the busy stretch of road are also being improved as part of the scheme.

From Monday, 16th March, for a period of six weeks, night closures will be in place from 8pm to 6am (Sunday to Thursday) on the A5630 Anstey Lane between the A46 roundabout, the Bennion Road roundabout and Krefeld Way roundabout

These specifically-timed closures are designed to minimise disruption during morning and afternoon commutes as well as over the weekend. Diversion routes will vary so that different sections of this key transport network can be resurfaced.

Further details are available at www.leicestershire.gov.uk/a46-scheme and via @LeicsCountyHall on Twitter.

The initiative is being funded by the city council, as developers of Ashton Green, and Highways England, as well as through part of the £16.2m allocation from the Local Growth Fund, a pot of government funding awarded to the Leicester and Leicestershire Enterprise Partnership Limited (LLEP) for project which benefit the local area and economy.

City Mayor, Peter Soulsby, said: “This is an important scheme for the city and county and will improve a very busy junction for motorists, providing extra capacity to help ease delays.

“With investment from Highways England and the LLEP, these major improvements will also provide vital infrastructure to support the growing demands for housing in this part of the city.”

Blake Pain, county council cabinet member for environment and transport, said: “We're pleased to say the scheme is progressing well. The improvements should greatly ease congestion, help to reduce delays and is another example of infrastructure being delivered to help residents and businesses.”

LLEP chair Kevin Harris said: “Great transport links are essential for a thriving local economy, so I'm extremely pleased that the LLEP has made this investment along with Highways England.

"Anstey Lane is a major artery into Leicester from the north, used by thousands of commuters and logistics operators every day. These improvements will help make those journeys smoother and make Leicester and Leicestershire a more accessible place to do business.”

The work is being carried out by Galliford Try, one of the UK’s leading regeneration and construction groups, under contract to the county council.

This major programme of works, which is due to be completed by Summer 2020 will help ensure that roads and major junctions on key routes in the north west of Leicester will have the capacity for predicted housing growth over the coming decades.