Get involved and Post a Poppy for Remembrance Day 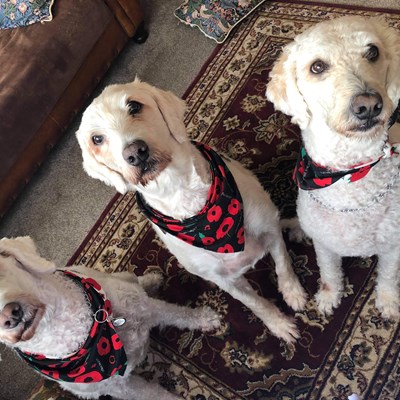 THE closing date is approaching in a creative campaign to mark Remembrance Day with poppy-themed photographs, drawings and designs.

The Lord Mayor of Leicester’s office is running the Post a Poppy campaign, encouraging people to bake cakes, draw pictures or even plant Remembrance-themed flowers, and to send in photographs of their creations.

Pets, children, families and gardens have all featured so far in the Remembrance-themed images, which are being displayed on Leicester City Council’s Twitter, Facebook and Instagram pages.

Entries need to be submitted by the end of Thursday, November 5, so the images can be used over the Remembrance period.

Post a Poppy is part of a campaign to encourage people across the city to get involved in Remembrance Day 2020 in new and creative ways, because ongoing coronavirus restrictions mean the traditional commemorations cannot take place.

Services at the city’s Arch of Remembrance, in Victoria Park, and at Leicester Market, are not going ahead this year.

Leicester Lord Mayor, Cllr Annette Byrne, said: “It’s been lovely to see the ideas that people have submitted to us for the Post a Poppy Appeal, and to see so many people finding different ways to reflect on the message of Remembrance this year.

“We’ll be projecting these images in Green Dragon Square, but also ensuring they are available online for people to enjoy. I’m so grateful that people are continuing to get involved in commemorating those who have lost their lives in conflict, despite such adverse circumstances which means it is a very different Remembrance Day for everyone.”

The Royal British Legion, which is behind the annual Poppy Appeal, has also shared ideas for alternative ways for people to mark Remembrance Day in 2020, including creating a Remembrance space in the garden; using social media to take part safely in Remembrance services or activities; or by creating an online exhibition of photos or artwork which can be used to explore local remembrance.

This year’s Poppy Appeal is online, but families can still get involved by downloading and colouring in a Remembrance Poppy to display in their window as a show of support. Visit here for more information.