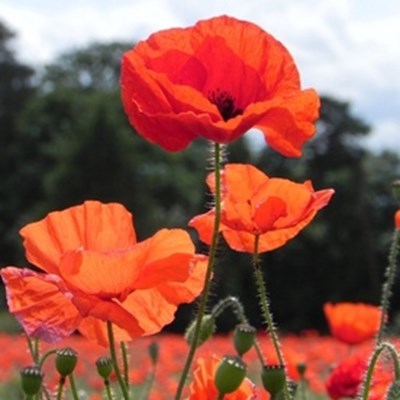 A SHORT film commemorating those who have lost their lives in conflict will form the centrepiece of Remembrance Day in Leicester this weekend.

Coronavirus lockdown restrictions mean that the traditional Remembrance Day service at the War Memorial in Victoria Park will not be taking place this Sunday, November 8.

Instead, Leicester City Council has produced a special commemorative film, taken at Edwin Lutyens’ Arch of Remembrance. Dignitaries including Lord Lieutenant of Leicestershire Mike Kapur OBE, and Leicestershire’s Chief Constable Simon Cole, joined a small group of representatives from the Armed Forces and faith groups to lay poppy wreaths at the memorial earlier this week.

The wreath-laying is combined with stunning aerial footage of the war memorial, and the tributes left in memory of those killed in wars around the world.

A short trailer for the film can be viewed here: youtu.be/YuF7BAOOALI

The complete Remembrance Day film will be broadcast just after 11am on Sunday, November 8, on Leicester City Council’s Youtube channel, here: youtu.be/b5rPpsUqtEo

It is part of a range of alternative commemorations taking place this year across the city.

Leicester City Council will be working alongside BBC Radio Leicester on a Remembrance Day programme to be broadcast on Sunday, November 8, at 10.30am. It will feature personal stories and information from those who have fought in different conflicts, along with a message from the Bishop of Leicester, as well as two minutes’ silence at 11am.

The Arch of Remembrance in Victoria Park is illuminated in red.

Members of the public have also submitted almost 100 poppy-themed images, photographs and other creative ideas for the Lord Mayor’s Post a Poppy campaign, which invited people to bake cakes, draw pictures or even plant remembrance-themed flowers, and to send in photographs of their works.

The images are being projected onto the large wall at Green Dragon Square, near Leicester Market, from 4pm to 10pm every day from now until Tuesday, November 10. They will also be made into a commemorative online gallery.

Leicester Lord Mayor, Cllr Annette Byrne, said: “This year’s Remembrance Day commemorations are unlike any other due to the circumstances, but that doesn’t mean they are any less important or poignant.

“Although we are unable to hold our traditional service at the war memorial, it will still be the centrepiece of this specially-commissioned short film, which gives people the chance to take a moment and remember all those who have lost their lives in conflicts.

“We’ve also had a wonderful response to our Post a Poppy campaign, and it has been very encouraging to see so many people of all ages getting involved in the act of remembrance, despite the challenging circumstances we find ourselves in.”