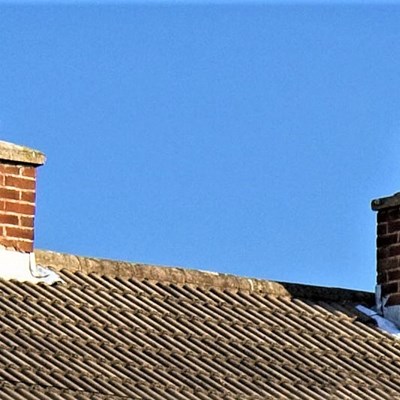 The Defra air quality grant of £249,600 will be used to establish a pilot project over an 18-month period which will focus on behaviour change in a specific area of the city.

As a first step, several portable air quality monitors will be bought with the grant money and set up in the pilot area of Rushey Mead. The monitors – which will be attached to lamp-posts – will provide hourly data on air quality, measuring pollutants including nitrogen dioxide, PM2.5 and ozone.

After an initial monitoring period, the city council will launch campaigns aimed at changing people’s behaviour to help improve air quality. These could include campaigns to encourage people to walk or cycle rather than drive, to switch off car engines when stationary, or to limit their use of wood-burning stoves and open fires.

The city council will work with the University of Leicester on the project.

Deputy city mayor Cllr Adam Clarke, who leads on environment and transport, said: “It’s great news that we were successful in this bid. We know that poor air quality can have a huge impact on people’s health and on the environment.

“We’ve chosen Rushey Mead as a pilot because it is typical of so many areas of the city, with a high concentration of people, housing and schools, so it will provide a good benchmark for us.

“We’ll build on our already successful partnership with the University of Leicester in this field to ensure that the data produced by this project is robust. We will then use it to inform future policies on air quality, for our own health as we also seek to combat the climate emergency.”

Dr Jolanta Obszynska, the city council’s air quality specialist, said: “During this project we will look at levels of pollutants such as nitrogen dioxide (NO2) and PM2.5 and try to establish where they are coming from and how we might reduce them. One of the problems with airborne pollutants is that they can be carried in the air from quite some distance away.

“Based on the data we gather, we will run campaigns and hold local events to see what impact they can have on air quality. For example, if we temporarily close streets around schools, will we see a reduction in NO2 levels from vehicles?

“Tiny particulates called PM2.5 could be coming from woodburners or open fires in people’s homes. We want to try and map how many such sources there could be in the area, as well as educating people as to the health and environmental risks posed by burning solid fuels in your home.”

The city council’s public health team will also be involved in the project, to analyse links between air quality and people’s health and wellbeing.

The project will build on the established work of an ongoing citywide air quality monitoring partnership undertaken with the University of Leicester.

Dr Joshua Vande Hey, lecturer in environment and health at the University of Leicester, said: “As the city works to become as sustainable as possible, it is important to evaluate different changes in policy and infrastructure in order to understand which interventions prove most effective at improving air quality and the health of city.

“I am excited to contribute to this important project, collecting data to better understand fine scale air quality in Leicester, assessing relative contributions of different air pollution sources such as traffic and wood burning, and supporting the public health messaging elements of the project.  I am really pleased to have the opportunity to build on our collaboration with the city council to assess how we can best improve transport, air quality and public health in Leicester.”

Dr Rikesh Panchal, lead researcher on the project, added: “With increasing populations in large cities, there is the inevitable increase in air pollution through the increased emissions from vehicles and other sources, which can have numerous effects on the health of the public. The aim of this project is to understand the sources of air pollution in Leicester. The data collected can be used to inform the public and change policies, with the final aim of improving air quality in the city.”

European and national guidelines set a limit of 40micrograms per cubic metre (µg/m3) for nitrogen dioxide levels in the air.

The latest data from a monitoring station at Vaughan Way in the city shows an annual mean average for 2020 of 35.2 µg/m3. for nitrogen dioxide.

For PM2.5, the World Health Organisation (WHO) says any exposure at all to particulates is not good, and the city council aims to reduce this level to as low as possible.

Currently, the city council is working on a pilot project with locally based air quality experts Earthsense to collect data from a network of 11 portable air quality monitors dedicated to measuring PM 2.5.

The city council is also carrying out a project with University College London, trying to understand what sources outside of the city boundaries contribute to air pollution using satellite data and air quality modelling.