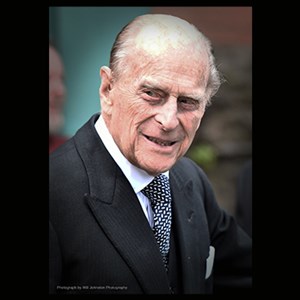 FLAGS in Leicester are flying at half-mast today, as the city mourns the passing of His Royal Highness The Prince Philip, Duke of Edinburgh.

His Royal Highness died at Windsor Castle today (Friday) at the age of 99.

Lord Mayor Cllr Annette Byrne said: “The news of the death of His Royal Highness, The Duke of Edinburgh earlier today was received with great sadness and we send our heartfelt condolences to The Queen and all members of the Royal Family.

“As the longest serving Consort in British History, he has devoted his life to supporting the monarch and serving the nation and will be greatly missed.”

City Mayor Peter Soulsby said: “I was very saddened to hear of the death of Prince Philip, and our thoughts today are with The Queen and the Royal Family.

“We last welcomed him to Leicester four years ago, when he accompanied The Queen to Leicester Cathedral for the Maundy Thursday service, and I have fond memories of his many visits to our city.

“I am sure many people in Leicester will want to pay their respects, so an online book of condolence has been opened for people to record their own personal memories and messages.”

Lord-Lieutenant of Leicestershire, Michael Kapur OBE, said: “I am deeply saddened by the death of The Duke, who dedicated his life to the service of our country and to providing unwavering support to The Queen.

“I wish to extend my sincere sympathy to The Queen and all members of the Royal family at this very sad time.”

People in Leicester who would like to pay their own tributes to The Duke of Edinburgh are invited to add their thoughts to an online book of condolence.