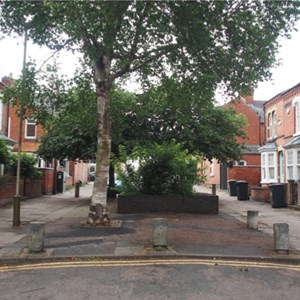 RESIDENTS of Leicester’s Clarendon Park are being asked for their views on potential improvements to the cul-de-sacs in their area.

The cul-de-sacs were created by the city council some years ago to prevent vehicle access but allow pedestrians to walk through.

Now the council wants to find out what improvements residents and visitors would like to see these in these spaces.  Improvements could include resurfacing, the installation of new seating, cycleways, surface level planting, or the planting of more trees.

Council officers will be gathering views in three locations between 12 and 2pm from tomorrow. They’ll be on Fleetwood Road on Tuesday 10 August; Lytton Road on Wednesday 11 August; and Seymour Road on Thursday 12 August.

Cllr Adam Clarke, deputy city mayor and lead for environment and transportation said: “These cul-de-sacs have been in place for some years.  We want to find out the views of people who live, work and study in the area so that we can look at whether improvements need to be made there, and what they might look like.”

People can also make their views known by completing an online form here:

The council is aiming to gather views by 29 August. Officers will then share comments received with locals and with ward councillors, along with any suggested improvements.