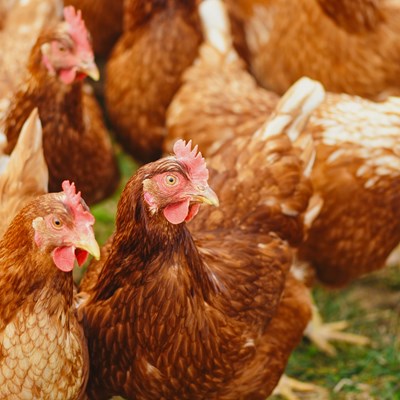 PEOPLE in Leicester who keep chickens, ducks, quails, pigeons or other outdoor captive birds are being asked to register with the city council as part of measures to control the spread of bird flu.

Some 35 bird-keepers in Leicester are currently registered with the city council, which is keeping them updated on new legal requirements that may affect them, and giving them advice on how to keep their birds safe, now that a nationwide Avian Flu Prevention Zone has been declared.

But council officers are conscious that there could be people who have only recently started keeping birds – and who could be missing out on important information by not being on the council’s radar.

While those keeping fewer than 50 birds aren’t required by law to register their flocks, the council is hoping that owners of smaller flocks will voluntarily get in touch to help protect their birds – and help control the spread of bird flu.

Deputy city mayor Cllr Piara Singh Clair said: “With cases of bird flu rising across the country, it’s vital that bird-keepers comply with the regulations and understand what they need to do to keep their birds safe.

“We want to make sure that anyone keeping chickens, ducks or other birds that would normally live outside gets all the information they need – and that’s why we’re asking those who keep even a small number of birds to get in touch with us to register their flock.”

Bird-keepers in Leicester can find out more by emailing trading.standards@leicester.gov.uk or by calling 0116 454 3200.

Measures now in force across the country require bird keepers to ensure their birds are housed in an enclosed environment and to follow strict biosecurity protocol to reduce the risk of disease transmission.

To stop the disease from being passed on, those keeping birds must take steps to ensure their birds can’t come into contact with wild birds or their faeces.

In addition to housing all poultry and captive birds, keepers must continue taking extra precautions to keep their flocks safe. This includes regularly cleaning and disinfecting equipment, clothing and vehicles when entering or exiting sites and limiting access to non-essential workers or visitors.

Following confirmation of avian flu at sites in Leicestershire, the Department for Environment, Food and Rural Affairs (DEFRA) has put in place protection zones around the affected premises to stop the spread of the disease. Surveillance zones – with a 10km radius – are also in place, with information signs on roads advising drivers that they are entering an avian flu surveillance zone.

The surveillance zones extend to Ashton Green in north Leicester, as well as to some northern parts of Beaumont Leys and Mowmacre Hill. And while the city council is not aware of any bird-keepers in these areas, anyone in the surveillance zone who does keep birds is asked to contact the council. They should also familiarise themselves with DEFRA’s requirements, which include detailed record-keeping, restrictions on the movement of birds and biosecurity measures.

More information, including a map of the zones and details of the restrictions, can be found at www.gov.uk/guidance/avian-influenza-bird-flu-cases-and-disease-control-zones-in-england

Members of the public can play their part too, by contacting DEFRA, if they spot dead birds in Leicester’s parks and waterways.

People should not touch any sick or dead birds. Instead, anyone who finds dead swans, ducks, geese, or other dead wild birds, such as gulls or birds of prey, should report them to the DEFRA helpline on 03459 33 55 77.