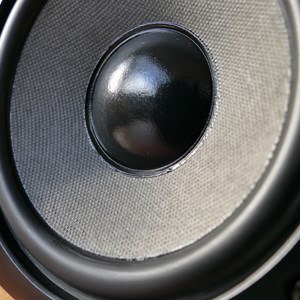 COUNCIL officers have seized noise equipment from a flat in Leicester after neighbours complained about very loud music being repeatedly played in the property.

Assisted by Leicestershire Police, members of the city council's noise and pollution control team entered a flat at West Court on West Walk yesterday (Thursday 18 February) and confiscated a speaker from the property.

Residents living nearby had complained for months about amplified music at unacceptably high levels coming from the flat, which was affecting them during the day and making it difficult for them to sleep at night.

Council officers first witnessed the noise nuisance in September 2020, resulting in an informal advice letter being sent to the property, advising the occupant to keep the volume of their music to a reasonable level.

However, four further noise nuisances from amplified music were witnessed between October 2020 and February 2021 – which led to the council securing a warrant to enter the premises and seize the equipment.

It’s the second time in less than four months that the noise and pollution team have seized equipment from the flat at West Court. In November 2020, the team confiscated a Bluetooth speaker and a DVD player from the property, following complaints from neighbours about the noise.

Leicester City Council’s noise and pollution control team manager Robin Marston said: “Our officers tried to deal with this matter informally but the tenant did not respond to any of the documents she was sent and the noise issue escalated.

“The seizure of her equipment was therefore deemed necessary as those living near her were unable to escape the noise.

“The tenant can claim back the equipment we seized yesterday in a month’s time, but she will have to pay the costs we incurred of £202. Any further reports of noise nuisance could mean more noise equipment being removed from the flat, and other formal legal action being taken against her.’’

Assistant city mayor for neighbourhoods Cllr Kirk Master said: “No one should have to put up with a noise nuisance like this, especially during lockdown when people are spending more time than ever at home.

“We only take enforcement action when other means of resolving the problem have failed. In this instance, the tenant ignored our earlier attempts to deal with the problem informally so we were left with no choice.”