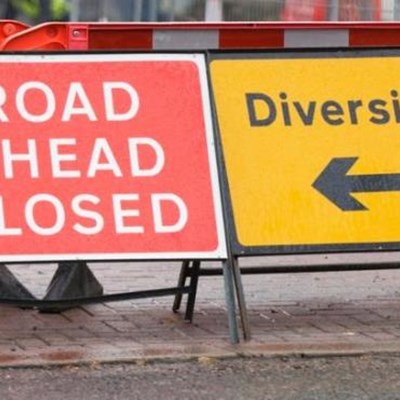 A PROGRAMME of repairing and resurfacing streets in neighbourhoods across Leicester is due to take place over the coming weeks.

Leicester City Council will be carrying out a package of work totalling over £450,000 in residential areas across the city beginning this weekend and continuing until the end of the month.

The work is being carried out in streets where road surfaces have become pitted, cracked or broken over time, due to wear and tear caused by traffic and the effects of winter weather and it being funded under the city council’s annual highways maintenance budget.

Work will take place on a major resurfacing scheme at Liberty Road in New Parks, from Saturday, February 13, to Sunday, February 21. A section of Liberty Road between Scudamore Road and the county boundary in the city’s Western ward will be fully closed to all traffic, along with some parking restrictions on side roads affected by the works.

The nine-day scheme will see the road surface planed, repairs made to joints and then a new road surface applied. In total the scheme will cost around £220,000 and cover 7,000 square metres.

Arriva’s 14, and First’s services 12 and 14 service will operate along Liberty Road only as far as the closure at Treaty Road, before turning right along Treaty Road, Tournament Road and Dominion Road.

Details of bus routes are available from the operators Arriva and First.

A number of smaller resurfacing schemes will also take place over the following weeks.

At Collett Road in Beaumont Leys, £55,000 will be invested in resurfacing over 1,100 square metres of carriageway, on Saturday and Sunday, February 20 and 21.

Robertsbridge Avenue, Abbey Ward will see £28,000 being spent on resurfacing over 1,000 square metres of road, on Monday and Tuesday, February 22 and 23.

Work at Canonsleigh Road, also in Abbey Ward, will see £25,000 being invested on resurfacing 890 square metres of carriageway on Wednesday and Thursday, February 23 and 24.

In Evington, £40,000 is being spent on nearly 1,900 square metres of surface repairs at Illingworth Road, on Friday and Saturday, February 25 and 26.

In the city centre itself, resurfacing will take place on Wellington Street between Park Street and Chatham Street, along with Chatham Street itself, from Monday to Friday, February 22 to 26. Work will involve over 1,400 square metres of road surface, and will cost £85,000.

Further schemes are planned for March elsewhere in the city, including around Saffron Lane, Evington and North Evington.

In each case, the roads being resurfaced will be closed to traffic with some parking restrictions and locally-signposted diversions in place.

Leicester assistant city mayor for neighbourhoods, Cllr Kirk Master, said: “All of these schemes are dealing with damaged road surfaces which are badly in need of repair.

“There’s a huge amount of wear and tear on the city’s road surfaces due to the traffic and the damaging effects of winter weather, ice and frost.

“These works are vital to improve the condition of the carriageway surface and prolong its life.

“We understand that any roadworks cause disruption, and but these works are vital to ensure that our roads remain able to handle modern traffic demands for many years to come.”