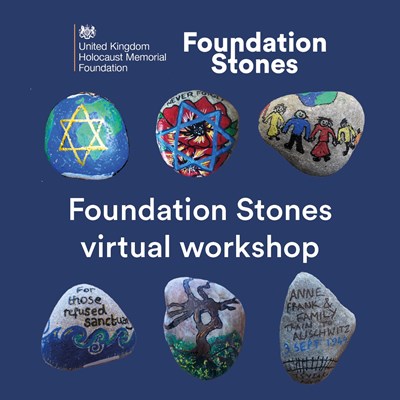 PEOPLE wanting to create artwork commemorating Holocaust Memorial Day have until this weekend to submit their entries.

Leicester City Council is inviting people to submit artwork or personal photos on the theme of Be The Light In The Darkness, for inclusion in a planned online exhibition and social media.

The event is being run in lieu of the usual annual Holocaust Memorial Day commemorations on January 27, which cannot take place this year due to ongoing Covid-19 restrictions.

Instead people are being invited to mark the campaign in alternative ways. Artwork and photos acceptable for inclusion should portray people caught up in the Holocaust with sensitivity, focusing on the lives and livelihoods that were taken from them.

Artwork should be submitted before January 17, 2021, via email to lord.mayor@leicester.gov.uk

People are also invited to decorate a stone or pebble with words, pictures and messages of hope and reconciliation, as part of the nationwide Foundation Stones project, with a view to them being included as part of a national UK Holocaust Memorial and Learning Centre in London.

An online workshop to make the stones is scheduled to take place on Wednesday, January 20, run by the organisation Big Ideas Company, which will also include brief talks by representatives of four partner UK museums, including Leicester Museums and Galleries. For details of how to join in the workshop visit here.

The two councils’ websites are also due to host Holocaust Memorial Day webpages, which will include video clips of local students talking about their research and experiences of visiting the notorious Nazi death camp at Auschwitz, as well as an online talk by renowned historian Professor Aubrey Newman, who founded the University of Leicester’s Stanley Burton Centre for Holocaust Studies.

Holocaust Memorial Day gives a chance for people to reflect on genocides around the world, from the Nazi persecution of Jews in the Second World War, to more recent atrocities in Bosnia, Rwanda, Darfur and Cambodia.