People invited to have their say on Stocking Farm’s regeneration 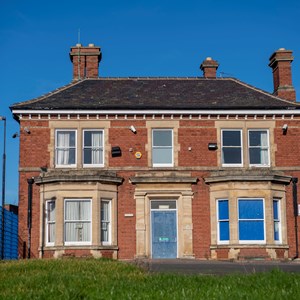 PEOPLE who live and work in the Stocking Farm area of north-west Leicester are being invited to have their say on how the area should be regenerated.

The city council is delivering letters to more than 2,200 homes and businesses in the area from today (Thursday), asking local people to take part in an online consultation exercise that will help the council identify what’s important to the local community – and what changes they’d like to see in their neighbourhood.

These views will help shape a masterplan for the regeneration of the 3.34 acre site at Stocking Farm that could include new homes, new shops and new facilities for the local community.

“It’s really important that the people who live in this area – which was laid out in the post-war years – help shape Stocking Farm’s future,” said City Mayor Peter Soulsby.

“A number of the buildings on the site are vacant or under-used, but we now have an opportunity to revisit the whole scheme, and look at the housing, shops and community facilities in the area to make sure they meet the needs of those who live and work at Stocking Farm – today and in the future.

“Work is very much at an early stage, but we want to engage with the local community through this consultation to explore opportunities and shape a vision that will bring unused land and property back into use – and kick-start the regeneration of this important neighbourhood in north-west Leicester.”

As part of the first phase of work, the city council wants to explore options for bringing the locally-listed farmhouse back into use, while social enterprise Community Shop intends to submit plans for a community hub and café in the under-used youth centre nearby.

People in the area – as well as those living in a wider area bounded by Red Hill Way, Beaumont Leys Lane and Abbey Lane – are now being asked to get involved in the project by completing a short online questionnaire.

The easy-to-complete survey seeks to find out how frequently people use the existing facilities at Stocking Farm, and what changes they would like to see – but it also asks people for their memories of the area for a community archive project.

The consultation website – my.engaged.space/stockingfarm – goes live today (Thursday 28 January) and people will have until Thursday 18 February to submit their views.

Anyone unable to access the online form can pick up a hard copy of the questionnaire from the Nisa Local shop on Marwood Road.

All the comments received during the three-week consultation will help inform the development of a masterplan for the area.

This could include proposals for improvements to the public realm, better routes for pedestrians, additional shops and services, and the potential development of an exemplar low-carbon housing scheme.

Residents will have the chance to comment on these proposals in a second phase of consultation in summer 2021.

The city council announced its intention to improve neighbourhoods in north-west Leicester last June, earmarking up to £500,000 from its capital programme to carry out feasibility studies, initial project development and public engagement on a range of proposals to kick-start the regeneration of Stocking Farm.

More information about the project can be found at my.engaged.space/stockingfarm